The original version of this article appeared in When Skies are Grey (Issue EO37). Since 1988 WSAG magazine has offered a unique take on all things Everton. For the last three years WSAG has been available in digital format only (aside from occasional special printed editions), available direct to your PC, tablet or phone via an app. For a limited time, there is a discounted subscription offer for ToffeeWeb readers via this link.

In the 1988 close-season Pat Nevin was out of contract at relegated Chelsea and seeking pastures new. As the Scot jetted off to Greece with his future wife, a move to Paris Saint Germain, in the City of Light, was in the offing. A phone call from Colin Harvey was to change everything, as Pat recounts:

“I was on holiday at a backpackers' hang-out at the arty end of Corfu when Peter, my flat-mate in London, took a phone call from Colin Harvey. Peter phoned the bar where we were staying and left a message for me to call back. When we spoke I told Peter that if Colin called again, he should tell him that I would come to Everton. Colin phoned Peter again the next day and was told, 'Pat says that he will sign so don't worry about it.' When Colin queried the fact that no negotiations had taken place Peter reassured him: 'It will be alright.' The move made sense — it was cool. I went back to my girlfriend and told her, 'It looks like we'll be moving to Everton.'”

It was agreed that, on landing back into Gatwick from his holiday, Pat catch a shuttle flight up to Manchester. From there Colin and his assistant, Terry Darracott, would whisk him up to the Harvey residence, near Ormskirk, for discussions away from the prying eyes of the press. As Pat stepped into the arrivals hall at Manchester Airport, his first impressions of his future manager were positive: “Colin was waiting there with Terry. Within a minute I thought, 'Right, I want to work for this guy.' He seemed to be an incredibly honest human being.”

The news of the impending arrival of a bohemian footballer sent shock waves through the female contingent of the Harvey household. Mel, who was sixteen at the time, recalls: “The whole house fell into absolute chaos. I got home from a meeting, about taking sick people to Lourdes, to find that mum was terrified. She told me that Pat was coming to stay and said, 'You know that he's in to all this alternative music like you are? Well, do you think he's a vegetarian, because I've bought a chicken for dinner?' I was vegetarian at the time so told her not to worry as, if Pat was too, we'd be able to find something for him in the fridge.”

Mel's love of music, inherited from her father, would make an inadvertent musical contribution towards convincing Pat that his future lay at Goodison Park:

“Dad has always had really good musical taste and we grew up listening to his Beatles and Beach Boys records. Later I used to listen to a show Tony Snell did on Radio City in which he used to play local bands and indie music. I think it was through that that I had developed the interest in indie. I was into the poppier end of indie music like the Smiths, The Cure and Liverpool bands like The Icicle Works and Echo and the Bunnymen.

“Boyfriends were banned in our house. We had a very strict father — he spent too much time with young men to let us spend time with them at that point! I used to spend my time at youth club playing records with my friends and in my room listening to indie music. I dreamed of dating guys with quiffs or indie hairstyles like Johnny Marr, Lloyd Cole or Ricky Ross! My sister, Joanna, was briefly seeing a guy in a band for a while. She was obsessed by the Smiths and was very cool when she was 17. As we got older we wanted to try and influence Dad's musical taste so I used to make these tapes for him and he'd just have them on in the car.”

Cruising down the M56, leaving Manchester Airport behind, Pat was sat in the back seat, tuning into the music emanating from Colin's car stereo: “At first I thought it was on the radio and told Colin: 'This is a great radio station they've got up here.' He could have lied and said it was his tape but said, 'Actually, my daughter made that.' We were trying to talk tactics but we ended up laughing and having a giggle. So they stopped 'the sell' after five minutes and we just had a really cool and interesting chat.” 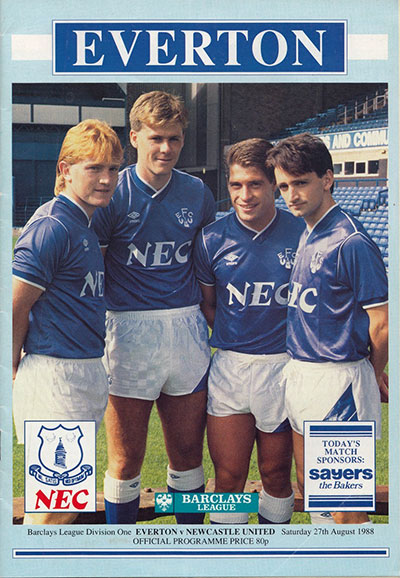 Mel dashes the theory that the tape was a bespoke creation for the transfer target: "There was no way in a million years I would have done one especially for Pat. Dad probably just had it on in the car. Or he might have put it on deliberately - he wasn't daft and would have known a bit about Pat. Dad liked it that Pat was his own man who had the interests he wanted to have, rather than conforming to the norm.”

So what selection of tunes had Mel assembled on the compilation cassette? “If I was doing a tape for Dad to play in the car it would not have been heavy stuff. There was definitely Lloyd Cole as Dad shared my love of his music. If it was New Order on the tape it would have been True Faith as I had the 12" single and just absolutely loved it. I quite liked Joy Division so there is a chance that Love Will Tear Us Apart was on there, plus Scottish bands - probably Aztec Camera and Deacon Blue. Dad also liked This Charming Man so that might have been included.

Pat's recollections of the track-listing are similar: “My memory is not great but it would have been the likes of Aztec Camera, House of Love and The Cure. They were nearly all good tunes but at the poppier end of what I would listen to.'

After an hour of immersion in the Mel Mixtape, Pat arrived at the Harvey residence and delighted Maureen by confirming that he was a carnivore. Mel remembers being introduced to the houseguest: “Dad was sat down with Pat having a tea when I went in and said 'hello'. He was really nice and said something about music, so we ended up chatting about it.”

Pat recalls: “We sat down and had something to eat at the dinner table. I was just bowled over. We had not even been to Bellfield yet and I was thinking 'These people are fabulous.' I met the girls and they were closer to my age than Colin so we chatted all evening. Although I am not religious in any way, I was brought up in exactly that same Irish Catholic background as Colin's family — so everything just fitted perfectly. I slept in one of the girls' rooms (not with any of them there, I hasten to add) and went to Bellefield the next day to sort everything out.” 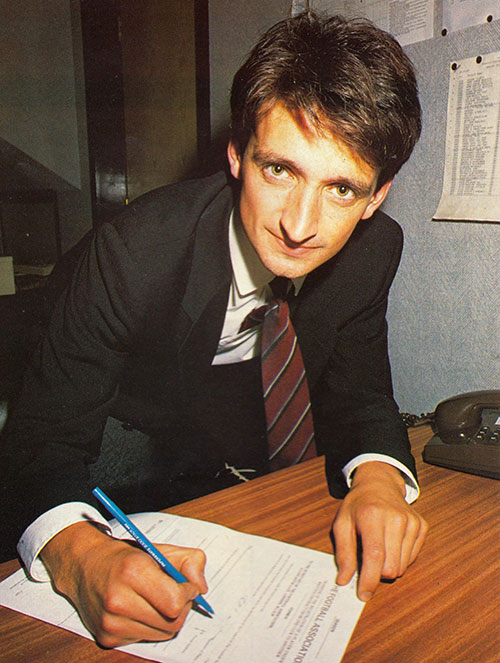 Although terms were quickly agreed with Pat, the transfer fee went to tribunal with a, then, record £925,000 fee being set. The Harvey girls would frequently see Pat on match days: “Me, my mum, Joanna and my younger sister Emma went to all the games. We would go to the players' lounge and catch up with Pat sometimes. We'd chat about music; he introduced me to the Cocteau Twins and some other bands like Teenage Fanclub. He did a bit of DJing on Radio City and I used to give him a list of songs that I wanted to hear — I think he indulged me and played some of them. I ended up going to Glasgow University in 1990; when I went to Goodison during visits home I would be telling him about where I was living and about going to gigs at Barrowlands. He recommended The Rock Garden, a pub in the city centre that had good indie DJs.”

Mel retains fond memories of Pat and that era: “He was very lovely to our family and remains one of our all time favourite Everton players - mainly because of his skill in the pitch and his work ethic in training, but also as he's such a nice person and very cool with it. Football was something he was really good at but he did not conform to the music and type of places that footballers went to. It made him stand out as a person; he was always very kind as well.” Pat reciprocates the warm feelings — describing the Harvey family as: “The loveliest people on the planet.”

Pat spent four, largely successful, seasons at Goodison but the silverware he and Colin craved proved to be tantalisingly just beyond reach. Having fallen out of favour with Colin's successor, Howard Kendall, Pat was determined to win the new manager over: “I thought that I'd show Howard what I good player I could be - I didn't want to walk away from Everton because I loved the place. I understood the attitude of the fans - they wanted sophisticated football, style and skill. I absolutely got it and it felt like a spiritual home. Sadly, 'Right club — wrong time' summed up everything for me.” 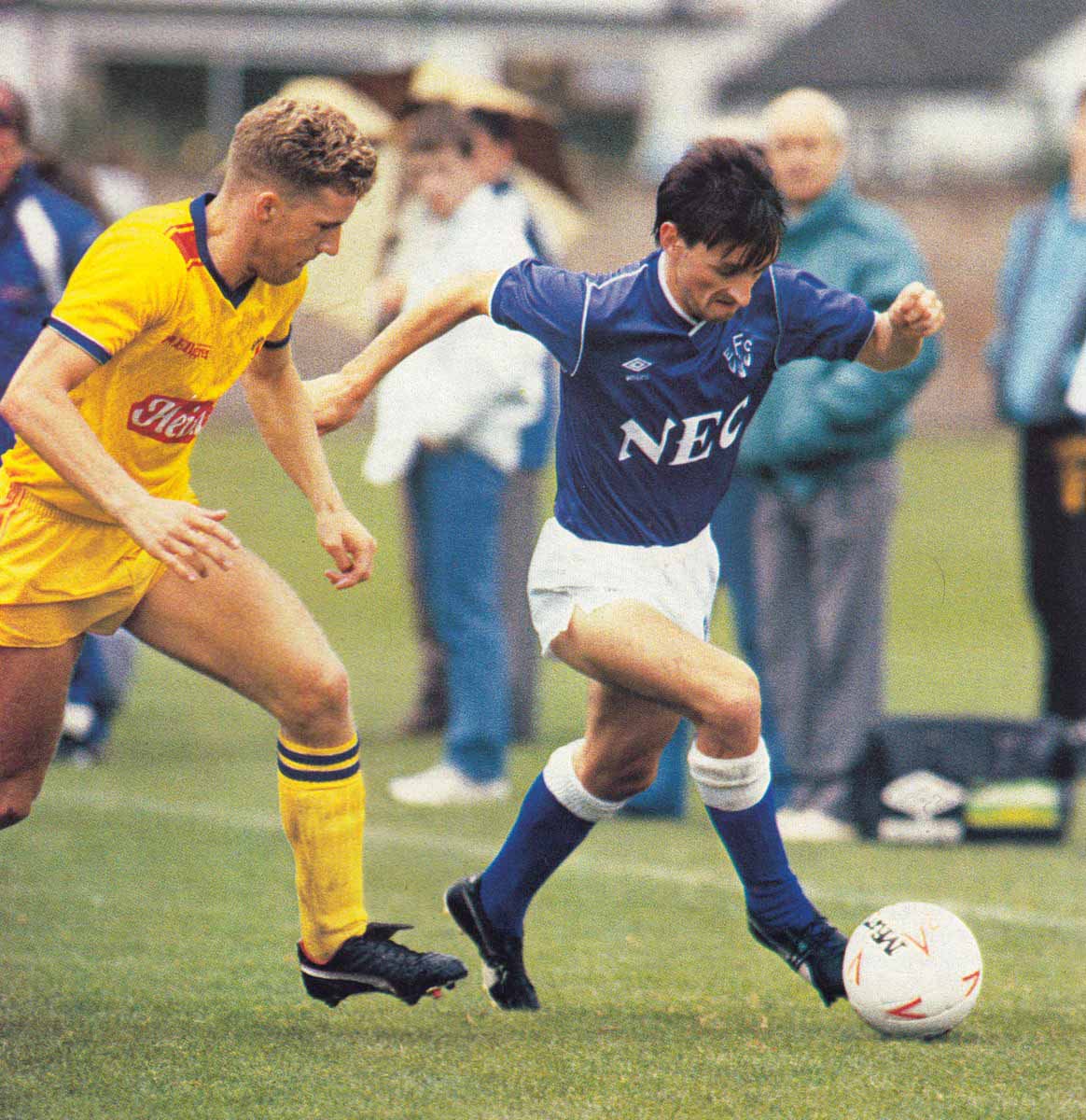 Finally admitting defeat, Pat crossed the Mersey in 1992 and enjoyed happy times at Prenton Park before returning to Scotland. Contact was re-established between Pat and Mel at Goodison Park last year: “Pat mentioned the tape to me in one of the lounges after the quarter-final cup tie against Chelsea, which was funny. When my husband and I were travelling down to London for a break last summer, he read on Twitter that Pat was doing a DJ set called Scared to Dance. So we went along to the pub where it was and had a great time.” Mel's elder sister had lost her battle with stomach cancer in 2012, at the age of 42. By way of tribute, Pat played Joanna's favourite song: The Smiths' There is a Light that Never Goes Out.

Pat keeps 40-plus tapes next to his desk in his home office. But what became of the one played on Colin's car stereo that fateful afternoon in the so-called Second Summer of Love? Sadly it may have gone to the landfill, as Mel confesses: “When we were moving house last summer I found an old box of my tapes and I threw them out. I wish I hadn't done now, but we are building up our vinyl collection again!”

The Harveys retain their shared love of music — a few years ago Mel took her dad to a Killers gig. She is now working to raise the profile of the Clatterbridge Cancer Centre NHS Foundation Trust. Its charity arm is working to raise £15 million towards the cost of constructing a new specialist cancer hospital in Liverpool city centre, due to open in 2019. Please visit http://www.clatterbridgecc.nhs.uk/charity/home to learn about the Let's Go Green fundraising campaign and see how you can contribute to this worthwhile cause. 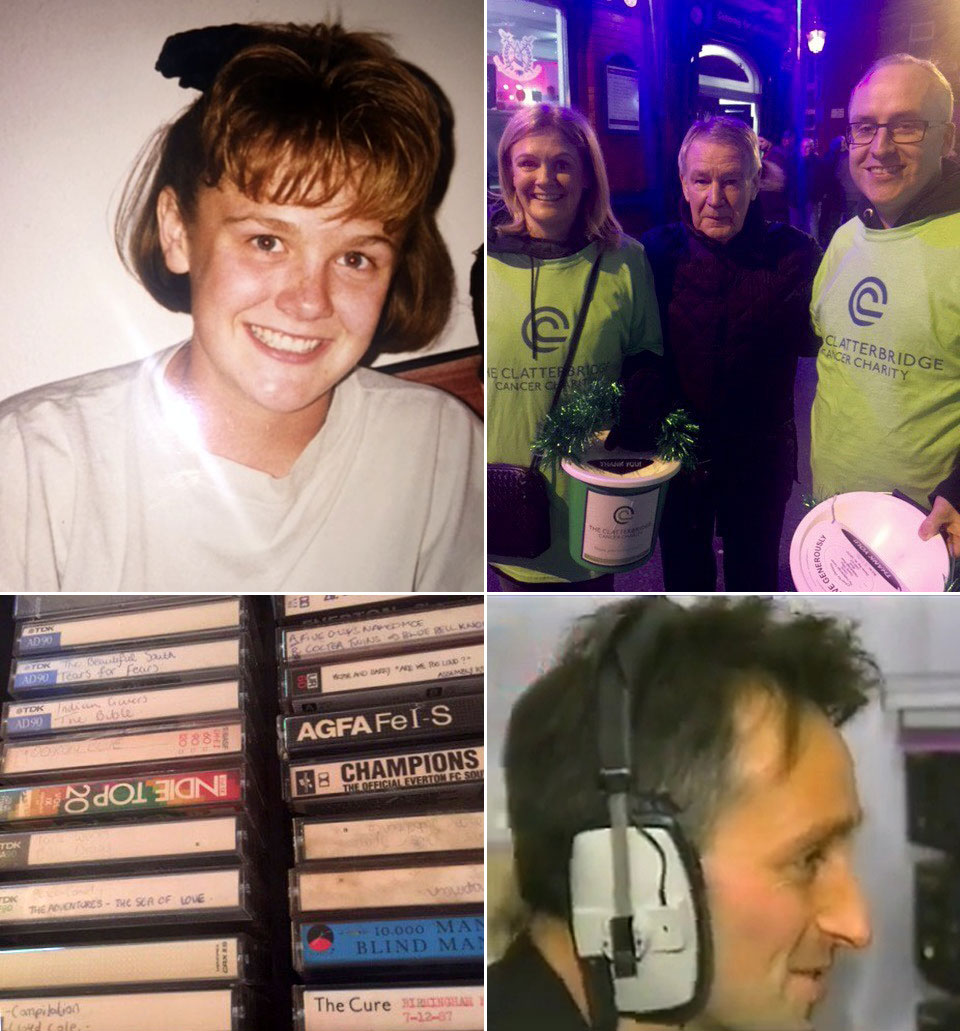 
Either no responses have been submitted so far to this article or previous submissions are being assessed for inclusion.

In order to post a response, you need to be logged in as a registered user of the site.