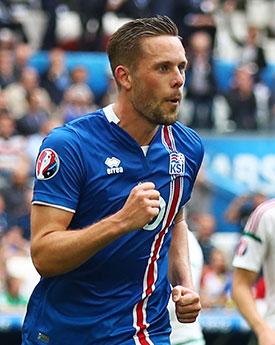 A deal for Gylfi Sugurdsson remains 'close' but isn't done yet according to Ronald Koeman
Ronald Koeman says that Everton will use the rest of the transfer window to make further additions and that while the club is 'close' to securing the transfer of Gylfi Sigurdsson, it is not done yet.

Sigurdsson remains in limbo at Swansea City as the protracted wrangling over his future between the two clubs continues. The Icelandic international sat out another friendly this weekend as the Swans took on Sampdoria and manager Paul Clement confirmed to Welsh news afterwards that no deal had been agreed with any club.

Koeman was asked about Sigurdsson and his transfer plans after Everton's 2-2 friendly draw with Sevilla today and he admits that he and Steve Walsh are still on the look out for reinforcements in defence, up front and out wide, presumably in addition to Sigurdsson.

"Everybody knows we are looking for three more players," Koeman said on Sky Sports News, "a left centre-back, a left full-back — a player who can play out of both positions — a winger and a striker and that's the picture... what the best is for our team and we will see what we can do,"

"We are close [on Sigurdsson but] we have to wait. [T]he deal is not done."

Sigurdsson has been linked with a move to Goodison Park all summer but Swansea have reportedly been holding out for £50m for their star man.

The 28-year-old, a provider of goals and a set-piece specialist, is apparently seen by Koeman and Walsh as a key addition to the forward line.