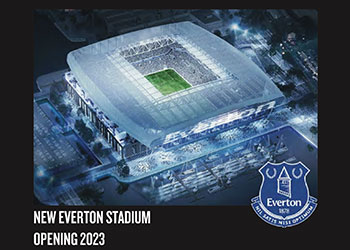 This artist's rendering is believed to be a placeholder based on a very early design concept
Everton will reportedly launch an internal probe into how a Meis Studio presentation to club stakeholders has emerged on a supporters' website.

A PDF from last November's consultation over the Blues' proposed new ground at Bramley-Moore Dock showing initial plans for the stadium's layout and architecture was leaked by EvertonArentWe.com last night and reported on nationally by The Mirror.

The document, put together by Dan Meis, the US-based architect tasked with designing the structure and its surrounding features also shows an artist's rendering of a possible design for the 52,000-seater stadium but it is understood that this is not final. (For example: The artist's rendering looks similar to a very early concept design from when a dockside location was first proposed and features a cut-away portion in the north stand that does not appear in the overhead layouts in the PDF.)

The PDF features schematics of the potential stands at Bramley-Moore Dock, including the South Stand which would house the home end, with options provided for safe-standing on the lower terrace together with comparisons to other Premier League stadia.

There is also an overhead plan of the site with plans for a riverside car park for 700 cars and a fans plaza adjacent to Regent Road and the listed hydraulic tower which would remain in the corner of the complex.

Having released the results of the initial consultation of supporters and local residents, Everton plan to canvass fans further this summer over more specific elements of the ground, including its design and the final capacity which remains a source of controversy.

The Liverpool Echo suggest that an investigation into the leak will be undertaken. 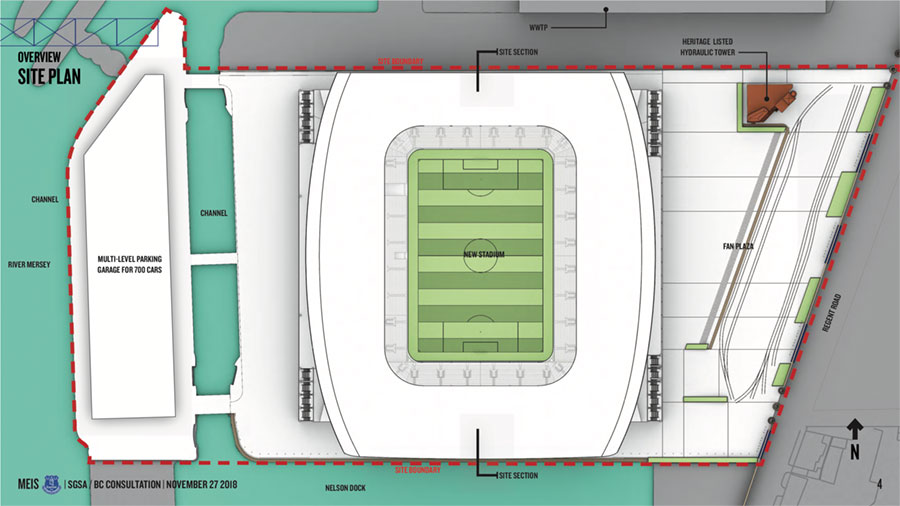 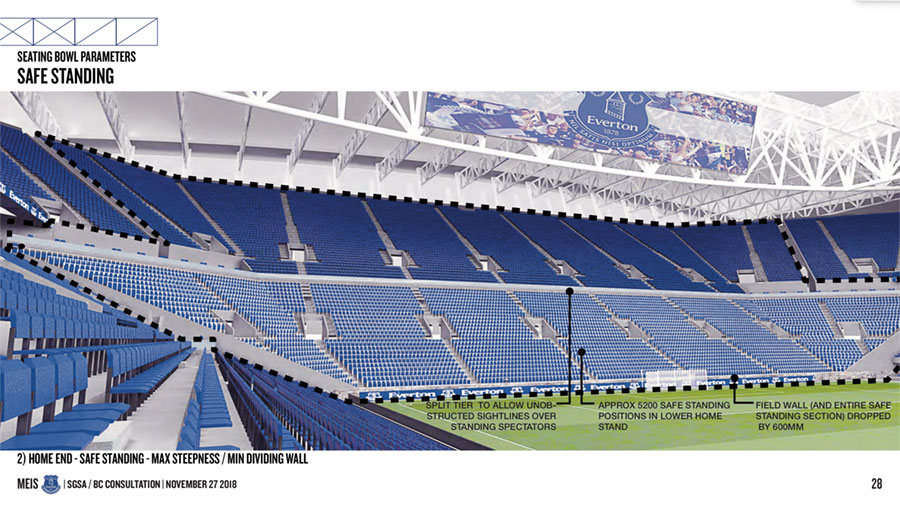 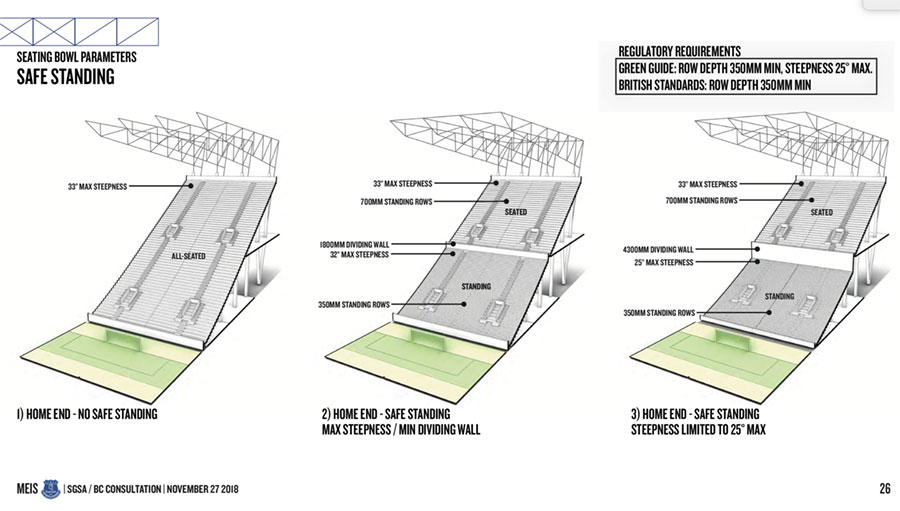