Jack Coulter: From Whiteabbey to Goodison Park – By Rob Sawyer 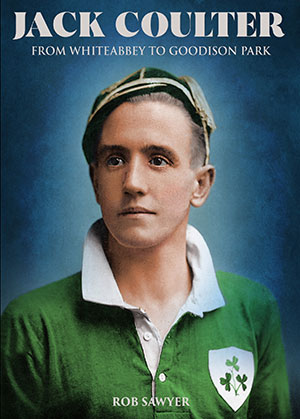 With his expertly researched and richly illustrated book, Rob Sawyer has put this extraordinarily gifted, yet often forgotten, left-winger back in the Goodison spotlight. With no little eloquence and less than 90 pages, the author tells Jackie Coulter’s story from his childhood in County Antrim to his playing days at Belfast Celtic, Everton and beyond. Of course, it describes the incident when his top-flight career was truncated by a devastating leg injury while on international duty.

Were it not for injury, it is likely that Coulter would be lauded as the club’s greatest winger and one of the first names to trip off the tongues of Evertonians of all ages. The shortness of his time at Goodison does not diminish the impact made on those who witnessed his sublime skills.

From a personal perspective, I was made aware of Coulter’s wizardry as a child. Raised in an Everton family divided by the Dixie Dean versus Tommy Lawton debate, my grandfather and father were united in proclaiming that TG Jones was the club’s greatest-ever defender and that ‘The Great Jackie Coulter’ was its greatest-ever winger. Without exception, that is how they both referred to him.

With Everton boasting such outstanding spearheads, it’s not surprising that it recruited some of the finest wide-men to provide them with ammunition throughout the 1930s. These included Jimmy Stein, Ted Critchley, Albert Geldard, Torry Gillick and, of course, Jackie Coulter with his mastery of the football and divine close control. In my father’s eyes he was the complete outside-left – ‘Tommy Ring with wings.’ 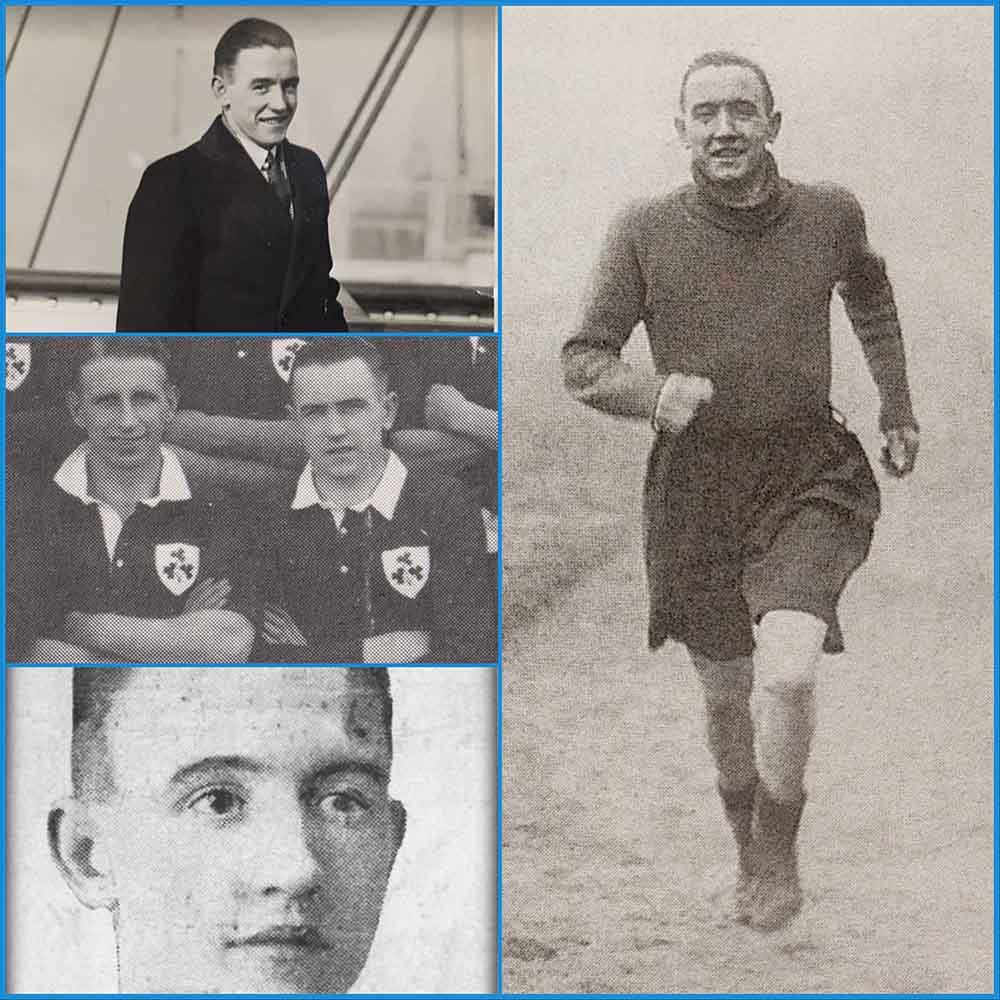 ‘Jack Coulter: From Whiteabbey to Goodison Park’
By Rob Sawyer

Available from Amazon for £5 plus p&p for paperback or £3.75 for Kindle download

Alternatively, email jackcoulterbook@gmail.com to obtain a signed copy from the author.

My uncle Tommy was the main reason for me becoming an Evertonian and he spoke highly of Jackie Coulter. He also told me that Ben Williams, Jackie Coulter's team-mate at Goodison, made the challenge that resulted in the broken leg that Jackie Coulter sustained.

John McFarlane Snr
2 Posted 13/06/2022 at 19:54:31
Hi David, apologies for mistaken identity, I automatically thought it was another of Rob's interesting articles. I trust that you and your 'Young Lady' are in good health, and that you are able to visit Goodison in the near future, to watch games in the 'Top Flight'. Apologies once again, for misreading your contribution.
John McFarlane Snr
3 Posted 13/06/2022 at 22:14:08
Hi again David, I forgot to mention that the incident occurred in a game between Wales and Northern Ireland, at Wrexham in 1935.
Brian Denton
4 Posted 14/06/2022 at 23:36:56
I remember my dad telling me (admiringly) that Jackie Coulter was 'a right dirty bastard'.