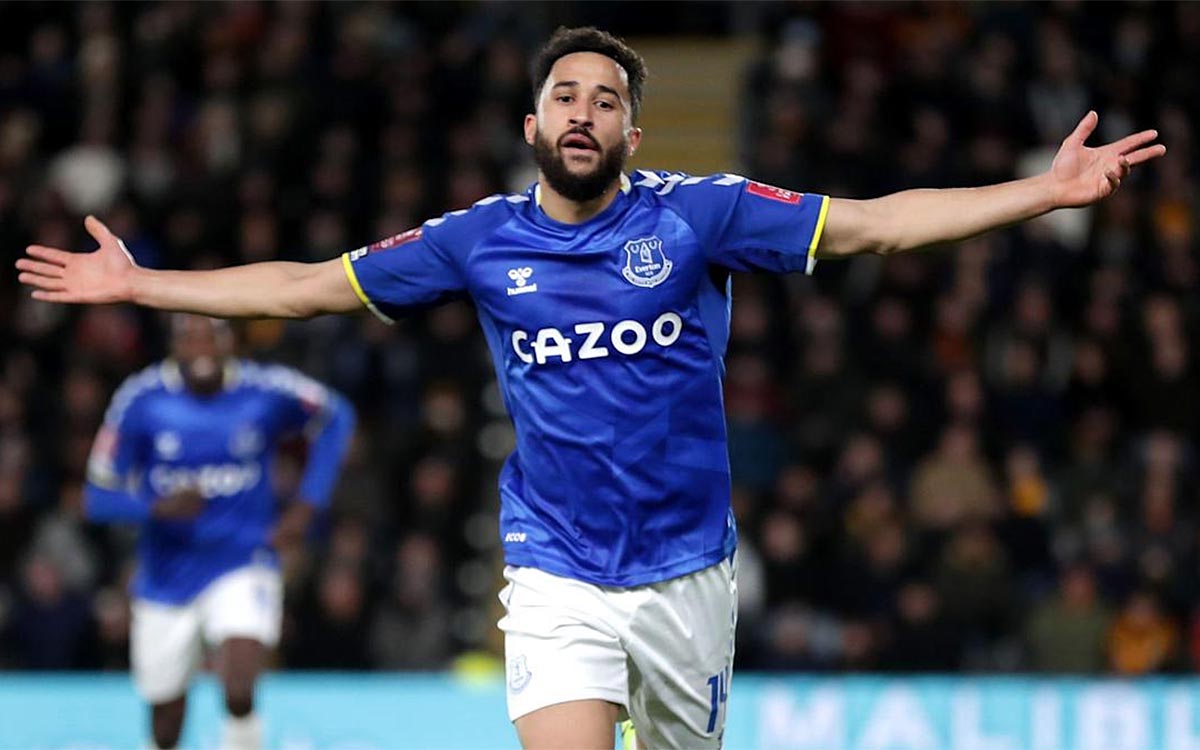 Andros Townsend was the first new player to come into the senior squad following the controversial appointment of Rafael Benitez as Everton manager in July 2021. Townsend was brought in as a known quantity for the ex-Newcastle United manager, where he had had a good relationship with Townsend before the player moved on in 2015, to spend the 5 years at Crystal Palace

He would go on to play in 168 Premier League games for Palace over his time there but became surplus to requirements at Selhurst Park when new Eagles boss Patrick Vieira initiated a clear-out of the old guard in favour of younger talent. Benitez, working in extremely austere circumstances at Goodison Park imposed by the Premier League's profitability and sustainability rules, moved to snap him up on a free transfer.

At 31, Townsend signed a two-year deal with the Toffees and brought with him many years of experience to a side short on numbers and in need of wide players with Bernard and James Rodriguez on their way out of the club.

“Everton are ambitious, have spent a lot of money in the past and are going for Europe,” Townsend said at the time. “So I understand when I signed maybe Everton fans – or fans in general – didn’t understand why this club, with its ambition, would get a free transfer from Crystal Palace.

“I feel like a 21-year-old. I feel like I am just coming through and having a lot of doubters, wondering if I am good enough to play at this level. These are all things you go through as a 17-year-old, when you are coming through.

“Having just turned 30, I honestly feel like a young man. I’ve got a great opportunity at a massive football club. It’s probably a bit unexpected. A lot of people wouldn’t have expected me to get this opportunity but, listen, I am going to try my hardest to make this successful. This is what gets me out of bed – trying to prove those people wrong.”

Signs of what he would bring to the Blues in the early part of the 2021-22 campaign emerged in pre-season when he was one of the more impressive players during the trip to Florida in July and he got off to a flyer once the season proper began.

He scored three times in a purple patch of four League games, including a screamer against Burnley, but as Everton's form eroded and eventually collapsed under Benitez, the veteran winger found it difficult to maintain that early-season form.

Another fresh start was promised when Frank Lampard came in to replace the sacked Spaniard at the end of January but Andros's season was ended prematurely in March on one of his old stomping grounds, Selhurst Park, where he tore his anterior cruciate ligament that put him out well into the following season.