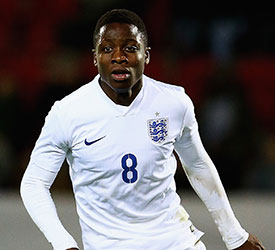 Everton added another promising youngster to their U23 development squad yesterday with the arrival of midfielder Dennis Adeniran from Fulham.

The 18-year-old was a deadline-day acquisition that will bolster David Unsworth's options as he and his team defend their Premier League 2 crown.

Born in Southwark, London, Adeniran made his senior bow for Fulham a year ago in a League Cup tie, scoring in a 3-2 win over Leyton Orient and then made his only first-team appearance in the Football League to date the following month.

He is now an England U18 international having represented his country at U17 level in this summer's European Championships.