Koeman brings Niasse back into the fold 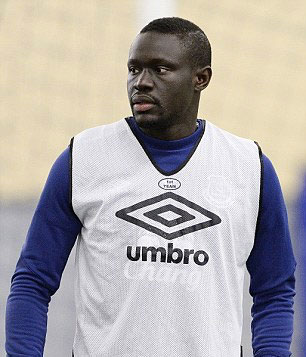 Ronald Koeman has confirmed that Oumar Niasse will be given the chance to ignite his career at Everton after 18 disappointing months since his big-money move from Lokomotiv Moscow.

The 27-year-old was signed by Roberto Martinez for £13.5m in the January 2016 transfer window but failed to impress in his early performances and was transfer-listed by Koeman when he assumed the managerial hotseat the following summer.

A loan move to Hull City followed where Niasse scored five times but couldn't prevent the Tigers from being relegated and, consequently, they didn't exercise a £10m option to sign him permanently.

Niasse was on the verge of joining Crystal Palace on transfer deadline day last week but the deal reportedly collapsed due a disagreement over agent fees that saw the two clubs run out of time to file the necessary paperwork.

He could yet make a move to Fenerbahçe before the closure of the transfer window in Turkey tomorrow but Everton could insist on a permanent deal as opposed to a loan in light of Koeman's comments to the media this afternoon.

“Niasse is back in the first team,” the Dutchman said, admitting that the failure to bring in a replacement for Romelu Lukaku was one of the motivating factors behind his decision to turn to the Senegalese striker. “He did a training session today. It gives us other options for the striking position.

“It's not necessary to speak any more about what happened last season. I found that now is the right time to bring him back to the first team because of the striking situation.

“He's an Everton player and sometimes in life you need to give some opportunities.”

“Last season was a different season. Maybe we had other strikers so we found it difficult to find a position for him. But his behaviour was perfect he played games for the Under-23s and I think now is the right time to bring him back to the first team.

“He needs to fight like every player for his opportunity.”

Koeman also revealed that he had spoken to Kevin Mirallas regarding his post-deadline day assertion that he was “very sad” not to have secured a move Olympiakos.

“I spoke to Kevin and he wasn't happy about his situation. He was looking for something else but nobody agreed [anything] with Everton,” explained the Blues boss.