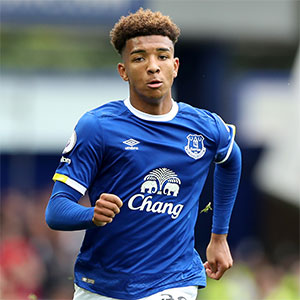 Everton go into successive fixtures this week that could have enormous ramifications for their season as the search for a permanent successor to Ronald Koeman rumbles on in the background.

Fellow strugglers West Ham United come to Goodison Park in a match-up that is fascinating neutral observers before Huddersfield visit this coming weekend, two vital home games that could provide the Toffees with a path away from the immediate panic that has gripped the club over the past week.

As the Board of Directors look to finalise the appointment of Sam Allardyce on as-yet unknown terms, David Unsworth is expected to take charge of his eighth and possibly final game knowing that a victory over the Hammers is of paramount importance.

His stint as caretaker boss hasn't gone as he would have hoped and as mounting injuries have compounded crippled confidence, he faces a difficult assignment against a West Ham side who have already made their managerial change by appointing former Toffees' boss, David Moyes.

Four and a half years ago, as the Scot oversaw his last match as Everton manager, Blues fans responded to jibes from the Hammers fans about the impending loss of their supposed “Moyessiah” by ridiculing the fact that Allardyce was seated in the opposition dugout. Who could have foreseen then that the two men would end up trading places with both clubs in chaos?

The disgraced former England manager who said he was retiring after his stint at Crystal Palace last season may or may not be confirmed by the time the game kicks off but Unsworth and John Ebbrell will be focused on the task of rallying a dispirited group of players and selecting a team from those available capable of winning the game.

The expected absentees mean that the interim management team could be down to the bare bones at the back. Leighton Baines is a serious doubt after limping out of the action against Southampton on Sunday while Michael Keane is unlikely to figure either after taking a knock to the head in the 4-1 defeat at St Mary's Stadium.

Ordinarily, that would provide an opportunity for Mason Holgate to stake his claim in his preferred position at centre-half but he has been battling an injury of his own. He was scheduled to take part in an evening training session at Finch Farm today where his fitness is to be assessed and if he is deemed ready, he would likely be deployed as one of a central-defensive three or a right full-back, with Jonjoe Kenny filling in on the opposite side of a back four.

There are decisions to be made in all outfield areas of the line-up, with midfield an area of concern against Southampton and the attack being almost a non-entity. Tom Davies is eligible again after suspension and could be restored to the starting XI to provide a bit more forward thrust while it remains to be seen whether the manager has the question marks over Morgan Schneiderlin's application against the Saints as the watching fans did.

Up front, where Oumar Niasse serves the second match of his two-game ban, Dominic Calvert-Lewin struggled to have any impact on Sunday's game, and it's likely that Wayne Rooney will play, perhaps with Sandro Ramirez given another chance following his consolation goal against Atalanta.

Unsworth preached a need to get back to basics in terms of getting rid of the ball prior to the last match but it's an approach that needs to be applied across the board if the Blues are to stanch the bleeding that has increased in the last two games. A more disciplined shape, more possession, better work-rate, protection of the ball and passing will all be required if they are to get a much-needed win.

While the Atalanta game was a disaster suffered by a much-changed side, the home win over Watford could provide a better template for what is possible when the crowd are with the team and there is some self-belief in the ranks. Avoiding the early goal against and grabbing one at the other end would work wonders for the players' confidence. The alternative isn't worth considering.