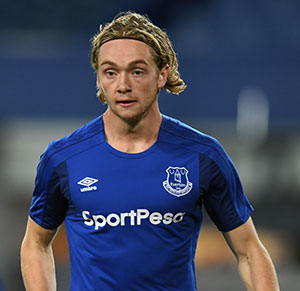 Everton return to the relative comforts of home this weekend looking to put last Saturday's nightmare at the Emirates behind them when they face Crystal Palace.

The run of fixtures between now and the end of the season, which features just two more games against top-six opposition — both at Goodison Park, means that Everton have a large degree of control over how this campaign plays out for them.

They may have slipped to 10th after last weekend's results and the relegation zone might be just seven points below them but home games against Palace Brighton, Newcastle and Southampton provide ample opportunity to get past the 40-point mark without fretting over how poor the Blues have been on their travels over the past year.

Everton sit closer to seventh place than the drop zone coming into this weekend and, almost comically, have a real opportunity with that favourable run-in to finish in the same position they did last year. That seemed almost unthinkable in the depths of October when the club sat in 18th place and it still doesn't seem to make sense given that Sam Allardyce has presided over a run of just one win in eight games.

It represents a target for Everton and if the humiliation suffered at Arsenalwas hugely instructive on how the manager should not be setting up his team, the win over Leicester that preceded it clearly points the way in terms of the line-up and formation he should employ going forward.

Seamus Coleman, Gylfi Sigurdsson and Wayne Rooney were all conspicuous by their omission at the Emirates and are almost guaranteed starters for the visit of Palace. Tom Davies, meanwhile, will hopefully have earned his recall to the starting XI after his energetic display off the bench last weekend.

A midfield trio of Davies, Rooney and Idrissa Gueye sitting behind Sigurdsson would seem to offer the right blend of directness, distribution and tenacity and establish the link between defence and attack that has been sorely lacking at times this season.

In central defence, it would not be surprising to see Phil Jagielka return, probably alongside Michael Keane who had, arguably, his best game for the Blues so far against the Foxes. There are question marks over his marking and positional sense at set-pieces that might make him a risk, however, particularly against a robust side like the Eagles.

Up front, Oumar Niasse has looked more effective as an impact substitute while Dominic Calvert-Lewin made a strong case for another start against Arsenal but Allardyce's apparent preference for the Senegalese striker will likely see him start, with Cenk Tosun having to remain patient for his chance.

Along with Coleman, Theo Walcott will be the one to whom Everton will turn for inspiration, the former Gunner proving to have been a savvy addition to the front line already with an assist and two goals to his name already. He was unfortunate not to score against his old club last Saturday and his pace and eye for goal will be an important weapon for the Blues this weekend.

You can actually get slightly more favourable odds when you bet online using 888 Sport on Walcott to score than Tosun who probably won't even start while Rooney is also backed strongly to find the net at some stage. Cuco Martina is 33/1…

Palace, meanwhile, will be looking to Christian Benteke who scored in this fixture last season, particularly given the fact that their biggest attacking threat, Wilfried Zaha is ruled out through injury. He suffered a knee injury in the Eagles' 1-1 draw with Newcastle United and looks set to be sidelined for the next month.

Roy Hodgson also has Bakary Sako who has six goals to his name this season, four more than Benteke, level with penalty specialist Luka Milivojevic and James McArthur who has five, one of them also against Everton the reverse fixture between these two sides in November. The former England boss can also call upon the unknown quantity of January signing Alexander Sorloth.

Since losing to Arsenal at home on 28th December, Palace have been on a decent run of form, a far cry from their horrendous start which cost Frank de Boer his job before it had really even begun. They've only lost two of their last 12 in the Premier League and have won as many games away from home in that time as Everton have in over a year.

If Allardyce can draw the same kind of performance out of his charges as they produced against Leicester 10 days ago, however, the Blues should have enough to win this one and allow themselves to breathe a little easier again.