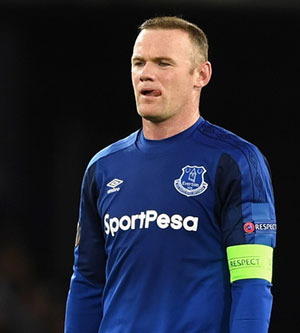 Negotiations between Wayne Rooney's representatives and DC United are progressing, with one source indicating that the transfer could be agreed by next week.

News that the 32-year-old was in talks with the MLS club broke in the Washington Post last week and they are now reporting that the two parties "have resolved major issues in their negotiations".

Rooney, who rejoined Everton last summer after 13 years with Manchester United, was reported by Sky Sports to have said his goodbyes to players and staff at USM Finch Farm on Saturday after being ruled out of the final match of the 2017-18 season by a knee injury.

Separate reports have suggested that the player was seeking clarification over the future of Sam Allardyce as the Toffees' boss but it would appear from the sources "close to the talks" with DC United cited by the Washington Post that Rooney is pressing ahead with his move to America regardless.

The report also claims that he and wife Colleen have already begun house hunting in the area.

Should he successfully conclude a deal with DC, Rooney's switch from Goodison Park would officially come into effect on 10th July when the MLS transfer window opens.