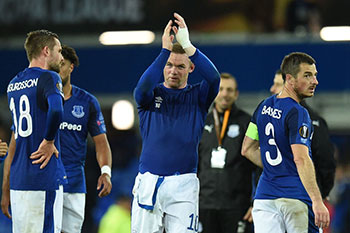 Wayne Rooney is still exploring a proposed move to DC United but the MLS club's head coach insists nothing is yet done by way of a deal.

Negotiations continued with the 32-year-old last week as he made a trip to the American capital to undergo a medical and assess the suitability of the area for his wife, Colleen, and young family.

A transfer that would see Rooney leave Everton a year into the two-year deal he signed when he returned from Manchester United last summer has been agreed in principle and DC United's head coach, Ben Olsen, remains optimistic the move will be concluded.

“I hope it can get over the line because he's a very good player who can help us. He would be a great player for this league.

“Nothing is done, so I don't want to get into talk of arrival until he actually arrives. Nothing is ever done in this world and when you're looking at a deal of this scope and size.

“We'll see, but hopefully we can get it done.”