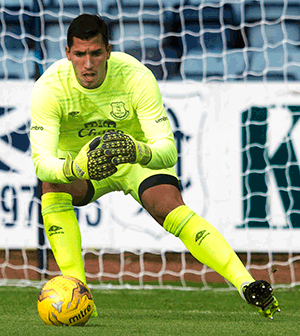 Joel Robles will definitely be leaving Everton this month along with six players from the U23s setup.

The Spaniard's contract is up this summer and will not be renewed after five years at Goodison Park. He is expected to sign for Getafe on a free transfer.

He is joined through the exit door by Conor Grant, who joined Plymouth Argyle yesterday, Jose Baxter, who signed for Oldham, strikers Sam Byrne, Calum Dyson and David Henen, and goalkeeper Louis Gray.

From the Finch Farm academy, the following youngsters have not been offered professional forms: