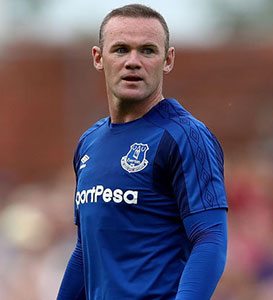 Updated Wayne Rooney is on the verge of sealing his move to DC United after he flew back to the USA to complete the deal.

The 32-year-old has been involved in long-running talks with the MLS club over a switch from Everton that would take effect when the transfer window for the United States' top league opens on 10 July.

DC want Rooney, who now has work authorisation and a visa, to make his debut on 14 July to mark the opening of their new Audi Field stadium.

He will reportedly sign a two-year contract worth £10m to him personally; Everton will, according to the Washington Post, receive an undisclosed transfer fee.

After Rooney posted a photo of himself on a private jet confirming he is bound for the United States, Sky Sports claimed that his unveiling in Washington could come today while Paul Joyce of The Times says it will be over the weekend.