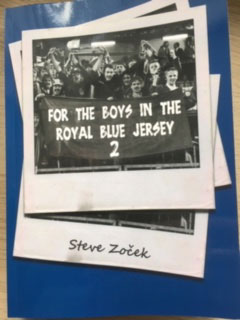 The book costs £12.99 plus £3 postage. Profits will be donated to Everton Former Players' Foundation. To purchase a copy please contact Steve via SteveZocek@outlook.com.