Having A Ball With Kendall and Harvey 84/85 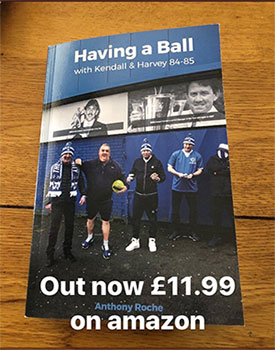 A new book is a true story about four fifteen-year-old lads; Rochey, Parker, Skinny Maca, and Cooper who followed Everton Football Club during their historical season of 1984-85 when they won the English Football League title.

It’s a journey Liverpool fans had been on many times in the seventies and early eighties, but for these four lads and their fellow blue family and friends, that didn’t matter as this was their beloved Everton who were now winning everything that was put in front of them.

It was like a whirlwind journey that as kids they thought it would never end and it would last forever.

Having A Ball With Kendall and Harvey 84/85 is available to buy now on Amazon.