The image of a document doing the rounds on Twitter appears to show Bramley-Moore Dock will be be the site of Everton's new stadium.

The text appears to include the following under the logo of Barbour ABI:

New football stadium together with associated access, landscape and car parking. Works are also expected to include associated office, retail and hospitality facilities.

Bramley Moore Dock has been identified as the preferred development site for the new site. Further information relating to proposals are expected to be announced April 2017. 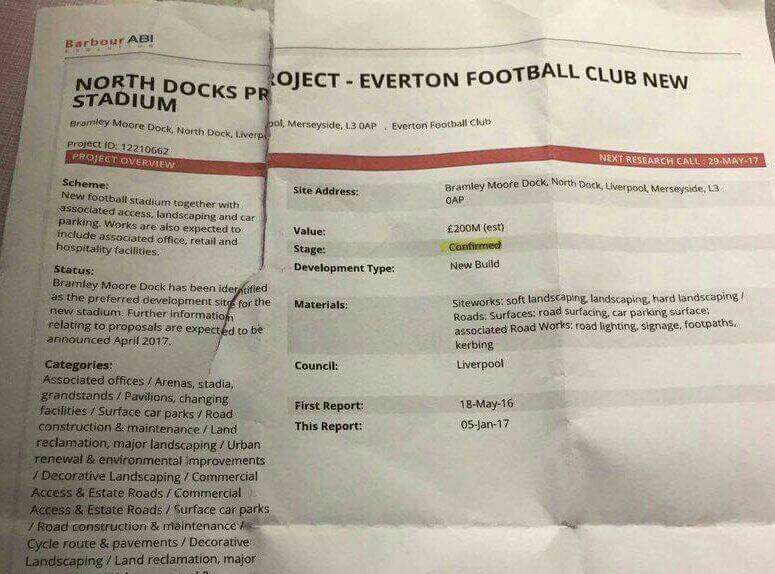