Allardyce: Mangala will be assessed week by week 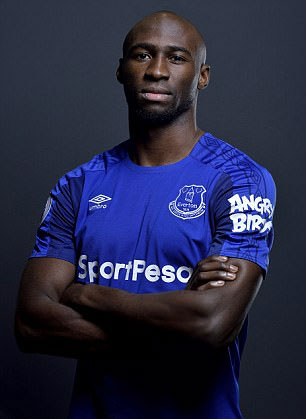 Sam Allardyce said that a definitive timescale can't be put on Eliaquim Mangala's prognosis as the extent of his knee injury continues to be assessed.

The French defender made his second start for Everton in the last game against Crystal Palace at Goodison Park but had to be withdrawn just before half time after suffering the injury competing for the ball at a set-piece during the Blues' 3-1 win.

Subsequent reports have suggested that Mangala could miss the rest of the season with suspected ligament damage but Allardyce insisted it was still too early to tell when he might recover.

"I think we're taking a second opinion on what we have to try and achieve with Mangala," the manager said. "It's a very difficult thing to assess just how long it's going to take, whether it's going to be longer than first predicted or not.

The manager covered a number of player availability issues during his pre-match press conference ahead of Saturday's televised match against Watford, including that of Ramiro Funes Mori and Leighton Baines.

Both the Argentine and the veteran left back stepped up their training during the squad's mid-season break in Dubai but while Baines looks ready to make a return to the matchday squad, Funes Mori may need one more outing with the Under-23s to prove that his knee is completely ready for first-team action.

Meanwhile, Seamus Coleman, who also had to come off against Palace, is a major doubt for the trip to Vicarage Road with a thigh muscle injury.

Personally I would have preferred Calvert-Lewin with Walcott as a front two in front of Rooney, Davies, Gana and Sigurdsson.

Back 4 of Kenny, Keane, Jagielka, Baines,

The goalkeeper picks himself.

Dave Abrahams
3 Posted 23/02/2018 at 16:51:03
Sam didn't mention he was selling Niasse on the last day of the transfer window to Crystal Palace before the deal broke down.
Tom Bowers
4 Posted 23/02/2018 at 17:05:49
The usual blah blah rhetoric doesn't do anything for the fans morale.
Just another game to show how very average Everton are.

Watford will prove just as tough to beat as any other team.

This season has gone on too long all ready.

I am a seething hater of Sam Allardyce and I just can't wait to see what delectable defensive deficiencies he puts out tomorrow. Or maybe I can wait.

We will be playing quick and measured football. There will be no hoofball. The long pass will still be used but in a way that reflects the new dynamic attacking style of Fitbae' that reflects the Everton Football School of Science ethos.

After a break in Dubai, I honestly expect the team to thrill us tomorrow. Sorry, the huge painkillers I am taking have kicked in, happy days

Wins tomorrow and at Burnley might convince me that these "warm weather training breaks" are worthwhile – I've yet to see evidence that they are.

Wasn't it Koeman who tried to sell Oumar to Palace?

He's continuing to manage the team very well, with the players who are putting the effort in retaining their place.I think we will miss Seamus, but Kenny is a good deputy.

Hopefully the break will have done the players well and they will be at their best. Good luck to whoever plays. COYB

Chris Gould
10 Posted 23/02/2018 at 17:54:30
Dave, that was the last day of the summer transfer window under Koeman. Allardyce said in the January window that there was no way he could sell Niasse. He said that with 10 days remaining.

Sam has done okay so far. Let's hope we can get the win tomorrow whilst playing some stylish football. Fingers crossed

Dave Abrahams
12 Posted 23/02/2018 at 18:45:31
Yes, Jeff, Chris and Kase – my big mistake. It was last summer's transfer window. I will have to keep up and catch Sam with something else. It won't be long, hope it's not tomorrow.
Brian Murray
13 Posted 23/02/2018 at 18:50:48
The only thing that should be assessed week by week is the scouting – or lack of it. The tactical awareness of the manager and the belief (0or lack of) he instilled in big games and away games. Clean sweep of boardroom and manager appointed of the Simeone, Fonseca ilk in place by May.
Jeff Armstrong
14 Posted 23/02/2018 at 18:54:17
It's funny looking back at the link provided from the August transfer window comments. Basically, the majority of Twebbers knew more about the potential merits of Niasse than the internationally acclaimed Ronald Koeman.

In point of fact, we DID have a player.. he might be an impact sub, he could score goals and assist, he, in fact, was an asset, but hey-ho... what the fuck do we know, we don't “earn” £6 million a year, so we must be imbeciles!

Take a long sorry look at yourself in the nearest pond if you think this guy is fit and proper to manage Everton. That's before the neolithic tactics and persona.

Everton are so depressing right now.

Eddie Dunn
19 Posted 24/02/2018 at 08:51:28
Andrew, there is no archaeological evidence to suggest that Neolithic man used negative tactics. They were very expressive people capable of marvellous cave paintings and I imagine that they played with typical hunter-gatherer opportunism.

I blame the spread of farming for the agricultural tactics we see week-in & week-out.

The fact you think you're more capable than Pep to coach Mangala to be a good player tells me how arrogant and deluded you really are. I for one just despair at the sight of you in charge of team affairs alongside Walsh.

Every time I think it can't get any worse, Everton never let me down and sink to new lows I never thought possible. The sight of you walking round our pitch the last game of the season, doing your stupid dance is unbearable, but even more so is our fans clapping you.

When will this embarrassment end, Everton? I am sick of being laughed at. In fact, some of the shite fans I know have just stopped because we're not worth it anymore – that is how low this club has gone. Please get shut of this dinosaur blag artist, enough is enough.