Everton Under-23s came back to draw 1-1 against Blackburn Rovers at the Merseyrail Community Stadium on Friday night. The result ensures their place in the knockout stages of the Premier League Cup.

Anthony Gordon's superbly-taken 69th-minute equaliser saw the Toffees take a point from their Group B clash after the visitors had gone ahead just after half-time.

The draw means Everton qualify for the last 16 of this competition with a game to spare. The Premier League 2 leaders host Sheffield United in their final group stage contest on Sunday 24 February.

The next game for Everton U23s is also against Blackburn Rovers but in Premier League 2, on Monday 18 February 2019, kick-off at 7:00 pm. The venue has not been announced. 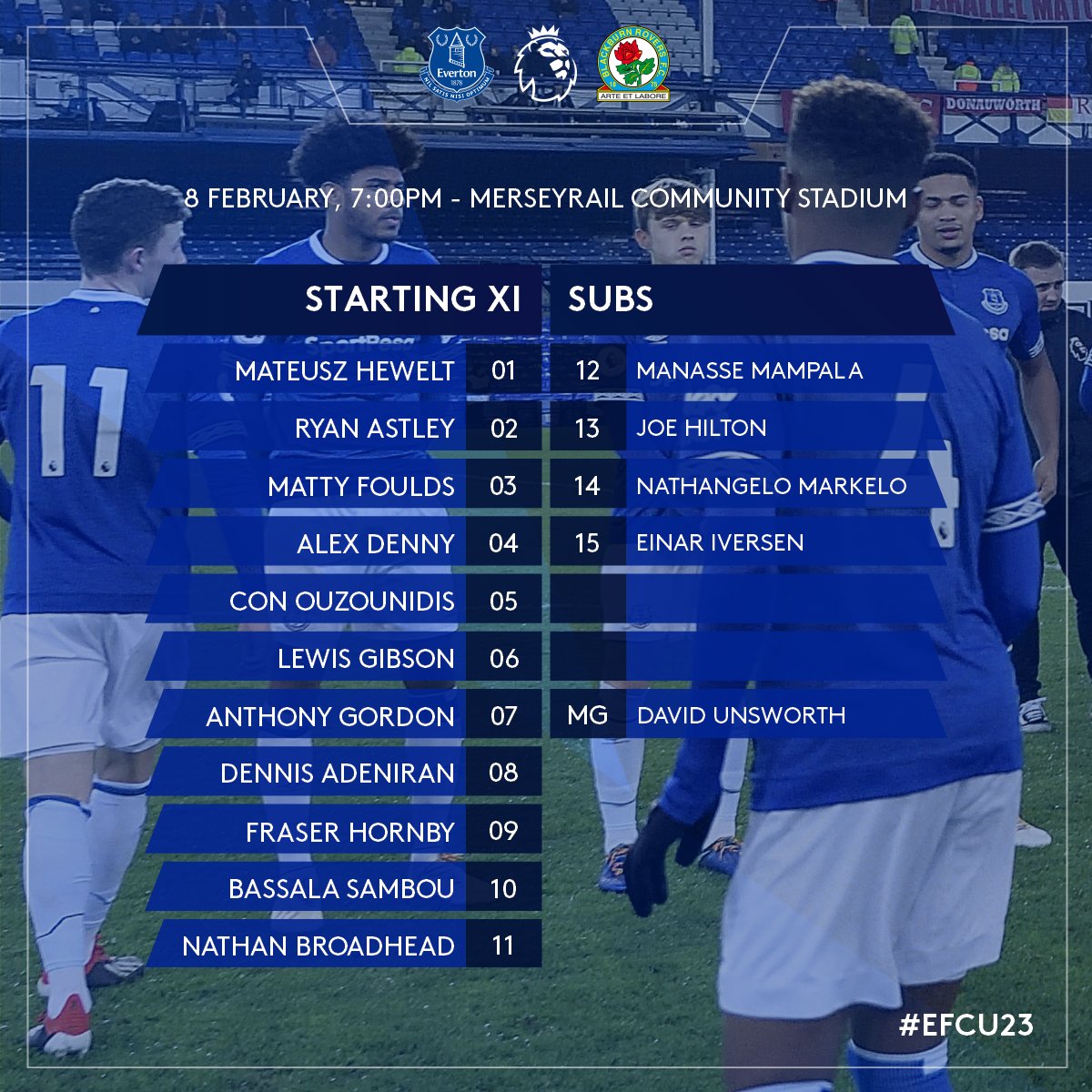 Some strange things... only four subs. And Iversen is the captain of the U18s. We have a huge list of players at this level, I can't believe there aren't more available.

But I thought Joe Hilton went out on loan last month? To Marine... until the end of the season. Perhaps at this level they are allowed to be recalled for specific games?