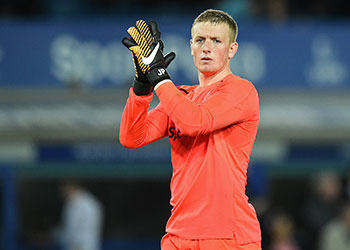 Everton face Arsenal on Sunday looking to build on successive 2-0 victories that have propelled them back into the conversation around who will finish “best of the rest” behind the big six this season.

Wins over Chelsea and West Ham have transformed the mood around the Blues' camp and helped to dispel the clouds that formed following the ugly 3-2 reverse at Newcastle last month.

Currently sitting in 10th and four points behind Wolves in seventh with six games to play, Marco Silva's team are now hoping to put together a run of results that would see them leapfrog the teams above them and, possibly, secure a Europa League qualification spot.

They face a Gunners side that hasn't lost in the Premier League since they were beaten by title-chasing Manchester City in early February but that run includes just two away games, a 1-1 draw against Tottenham at Wembley and a 2-1 win at doomed Huddersfield Town.

Indeed, apart from that victory at the John Smiths Stadium, you have to go back to late November for the last time Arsenal won on their travels but, nevertheless, they are well positioned to finish in the top four and qualify for the Champions League, either at Spurs's or Chelsea's expense.

That less-than-stellar away record will encourage Silva, however, as he seeks to end what has been a turbulent campaign on a strong note. He will likely keep an unchanged side from the one that was so convincing at the London Stadium last weekend and which would include Jordan Pickford who has been disciplined by the club but is expected to play on Sunday.

Pickford was warned about his conduct after footage emerged of his involvement in a scrap outside a Sunderland bar last weekend. The goalkeeper reacted to derogatory comments about his fiancée, Megan Davison, and had to be physically restrained during an altercation outside the bar.

“The first chat we had at the beginning of the week I was clear with him and in that moment the feedback he gave me was that it was a big lesson what had happened,” Silva said of the conversation he and Director of Football, Marcel Brands had with Pickford at Finch Farm this week.

“It is finished ... but I will repeat to you because we want to be clear: no one was happy with the situation and the club is clear also.”

An unchanged lineup would mean Dominic Calvert-Lewin continuing as the lone striker between Richarlison and Bernard and ahead of Gylfi Sigurdsson, a quartet that has emerged as the most effective attacking unit at the manager's disposal.

It would see Theo Walcott, who failed to cement a starting berth despite a number of opportunities in February and March, being named on the bench again, an issue that was raised in Silva's pre-match press conference.

"Why not include Theo [in our plans]?” the Portuguese said when asked about the former Arsenal winger's future. “He is our player, not just with one or two years on his contract but with more years.

"He's fighting to help us, fighting to take his place in the starting 11 again and he is part of our plans like all the other players.”

Yerry Mina is the only absentee through injury as he recovers from a serious hamstring tear but the strong partnership of Michael Keane and Kurt Zouma means that the Colombian would have been an unlikely starter even if he were fit.

With neither Watford nor Wolves in action this weekend and Leicester not playing Newcastle until midweek, Everton could again close the gap to seventh to a point if they can record another stirring home victory over a top-six club at Goodison Park.

The occasion is likely to produce the kind of atmosphere that Silva has said is so important to his team's chances of success and another London scalp would further bolster the manager's standing ahead of another important summer of recruitment.