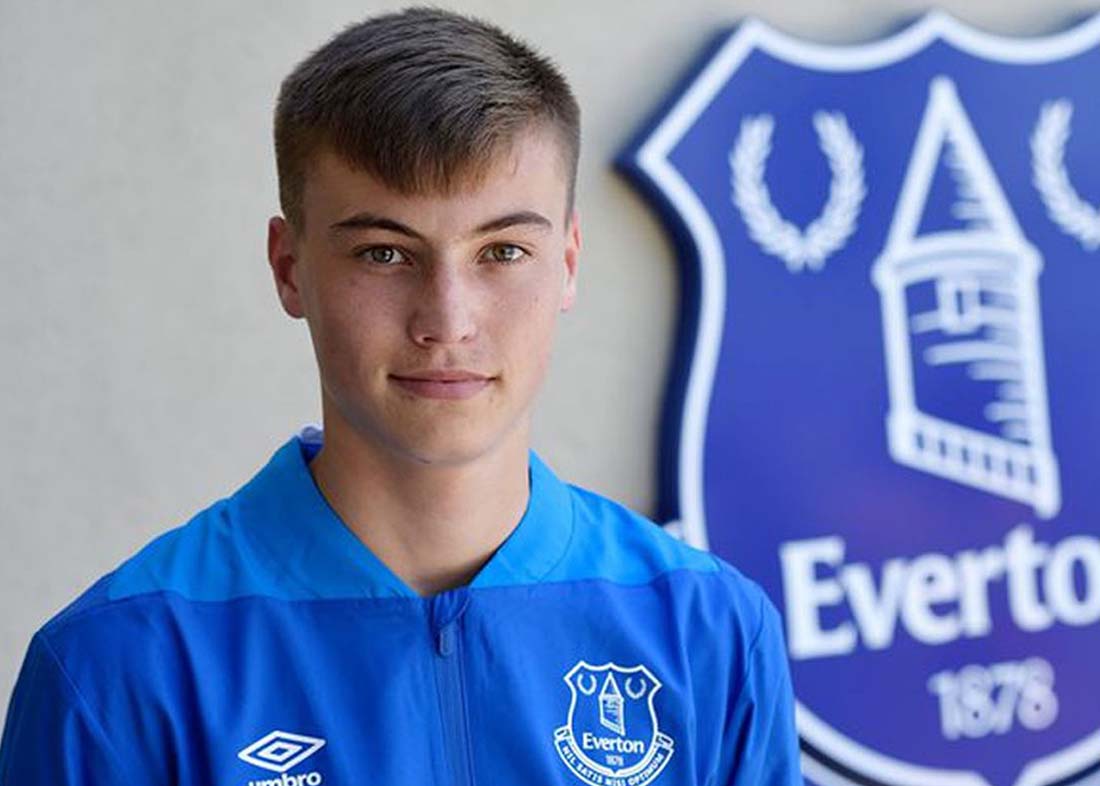 Ryan Astley joined the Finch Farm Academy at the age of 9 and was awarded a scholarship to play for Everton in November 2017. The centre-half was Wales’ Under-17 skipper for back-to-back international friendlies against Scotland and Hungary that year and he led the team for fixtures during the preparations for the UEFA qualifiers.

2018 was a big year of debuts for the teenager from Llanfair Caereinion. In February, he played his first game for Everton's Under-18s in a mini-Merseyside derby against Liverpool. Able to play both in the middle as well as at right back, he made rapid progress through the senior Academy teams and featured a number of times for Paul Tait’s 18s before being promoted to the Under-23s mid-season in 2018-19 under David Unsworth, making a major contribution to the historic Premier League 2 and Premier League Cup victories.

“I’m so proud of him," Unsworth said at the time. "He made his debut last season when he was still playing at Under-16 level, which is unheard of.  He’s come into the group, he’s playing out of position at right-back – he’s a centre-back really – and he’s been terrific. He was excellent.”

Astley picked up his 'official' shirt number playing in Checkatrade Trophy games for Everton sides that were strictly classed as U21s up against first-team opposition from League One and League Two that season. He was also the Wales Under-17 captain and Everton signed him up to his first professional contract, a 2½-year deal, in January 2019, fending of predatory moves from Arsenal in the process.

Ryan travelled with the first team for pre-season training in Kenya and Switzerland in the summer of 2019, featuring in the first two friendlies against Kariobangi Sharks and FC Sion. But it was too early for his promotion to the first team and he would spend the next two seasons undergoing further development with the Under-23s.

That development process was destined to continue, but with increased chances of training with the first-team, when Astley agreed a new 2-year deal in July 2021 that would potentially extend his Everton career through June 2023.

After training with the first team, the closest he came to a senior debut was being named on the expanded subs bench for the FA Cup tie against Boreham Wood but Frank Lampard was disinclined to use the youngsters as he fought to save Everton from relegation to the Championship.

With 1 year left on his contract, a season-long loan for Ryan was agreed with Accrington Stanley.