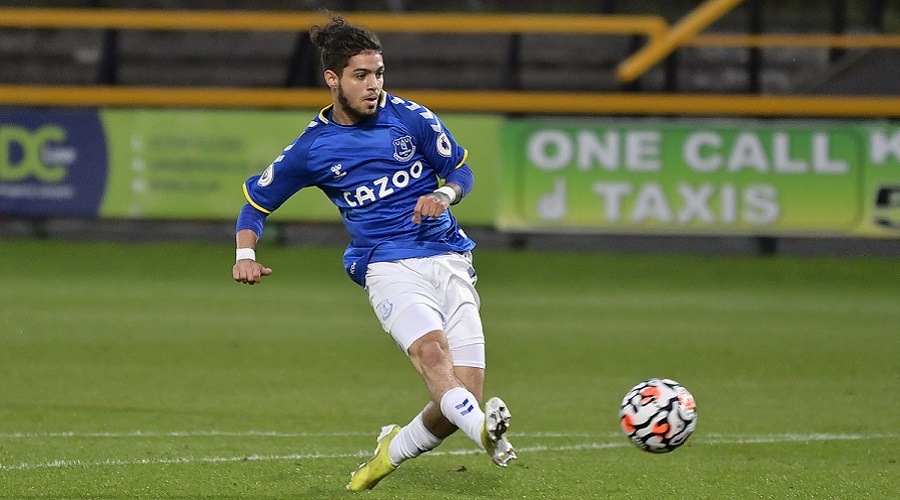 Garcia joined Everton from Fulham as a 14-year-old in 2017. Described as skilful and pacy, the London-born striker is eligible to play for England or Spain and also speaks fluent Spanish.

It would be a couple of years before he started to appear in Everton Academy's Under-18s side, and that was only briefly, presumably due to injuries; he played in only a couple of games during the 2018-19 season.

Garcia needed extensive rehabilitation following an anterior cruciate ligament injury in his knee and would not see any action to speak of in the 2019-20 season, but that didn't dampen his enthusiastic anticipation for his future at Everton. When he reached the age of 17 in October 2019, he signed his first professional contract with Everton, that is set to run through June 2022.

“Signing a first pro contract is a huge thing and hopefully it will be the start of something big,” he told evertonfc.com.

“I've had so much help since I've joined Everton, from my teammates, my coaches and the staff. The people at Everton are very nice and very kind. The transition has been easy. It is a great club to be at, with a brilliant history.

“Getting the injury was a blow but the aim is to get back for pre-season [in 2020] and be stronger and fitter that I was. I'm in the gym every day and working hard.”

But it was yet another largely wasted season for the young Garcia, mostly spent in recovery until he did start making some appearances for the Under-18s in the Spring of 2021, and coming on as a sub in just one of the 24 PL2 games that season. Although he did play a bigger role in the FA Youth Cup, with some brilliant sub appearances, Everton getting to the 6th Round before falling to West Brom.

After coming on as a sub in a handful of U23 games at the beginning of the 2021-22 season, Garcia got his first start when the U21s traveled to Carlisle Utd in the EFL Trophy, wearing the No 45 shirt.

He would go on to make a handful of U23 appearances, scoring a couple of impressive goals. But his lack of games overall would be telling, and as the season came to an end, Garcia was released when his contract expired, having never played for the Everton first team.