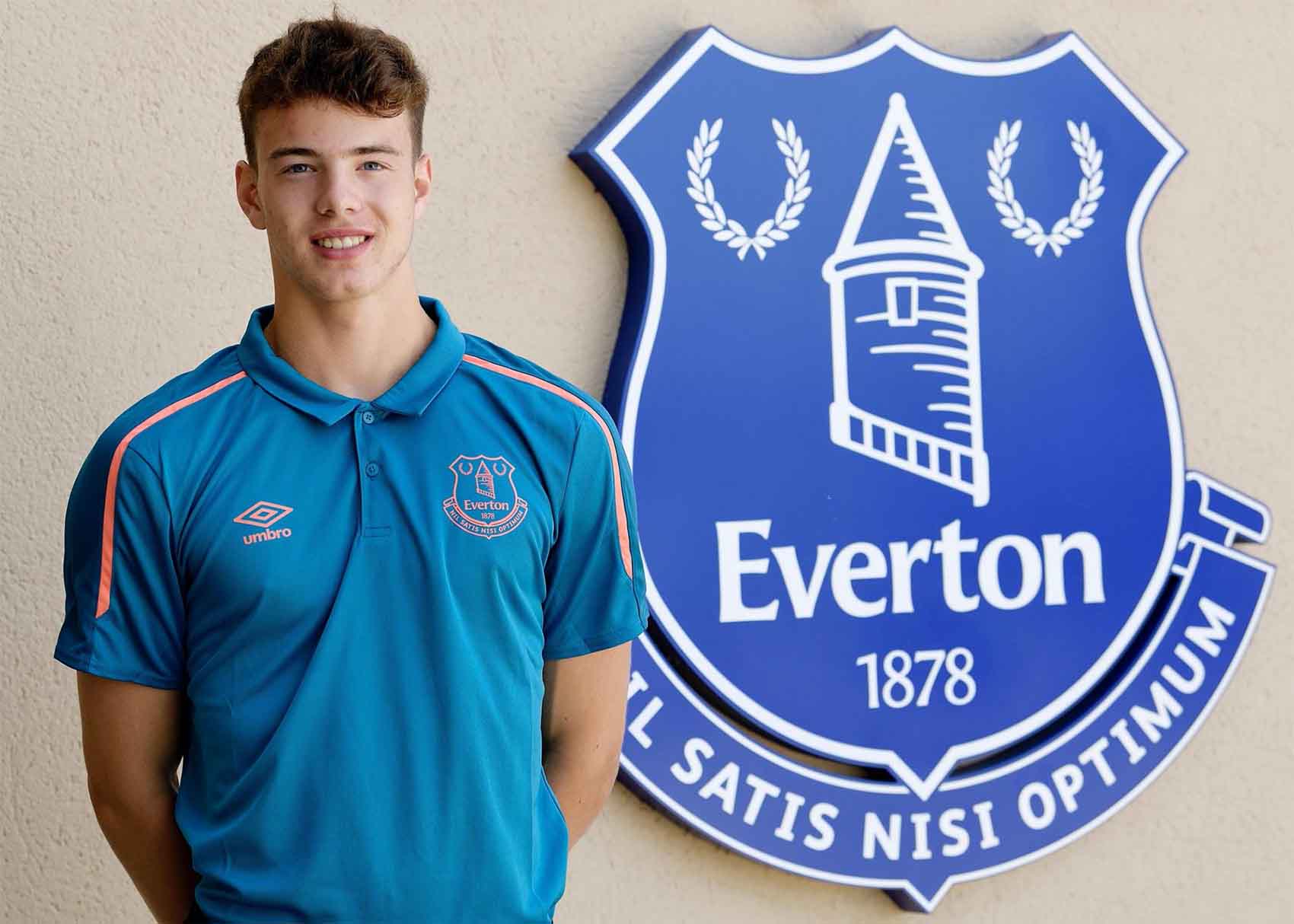 Everton picked up young Žan-Luk Leban from Polish club FCB Escola Varsovia in 2019 and, despite suffering a knee ligament injury sustained during pre-season training that limited his appearances for the Blues' U18s side, he was awarded his first professional contract, a 2½-year deal, that December, when he turned 17.

Leban would establish himself as the first-choice keeper  for the U18s in the following season, albeit with a brief venture up to the U23s bench for their first game of the season in Premier League 2.

But suddenly in March 2021 he was elevated to the dizzy heights of the senior subs bench for the FA Cup Quarterfinal against Manchester City when an injury crisis combined with Carklo Ancelotti's strange penchant to see not one but two goalkeepers on the bench after the number of subs allowed at senior level was increased from 7 to 9.

He was also on the bench for the Under-23s on 5 occasions, and would start the 2021-22 campaign as the first-choice keeper for them when Harry Tryer got injured.