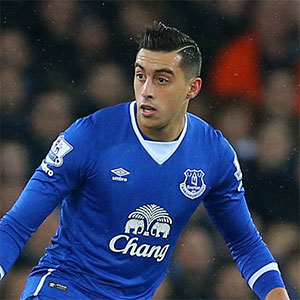 Ramiro Funes Mori's rehabilitation from a serious knee injury is continuing with his return to training at Finch Farm.

The Argentine defender has been out of action since the tail end of last season when he tore his meniscus on international duty.

The problem required two surgeries to repair which has sidelined him for all of the current season so far.

His new manager, Sam Allardyce, has confirmed, however, that Funes Mori has recovered well and he is joining in with the rest of the first-team squad for some exercises as he rebuilds strength in the knee.

"Ramiro Funes Mori has been training with the group," Allardyce said today. "He doesn't do the whole session and we monitor him closely."

No timetable has been set for the centre-half's return to the team but the club are no doubt hopeful he can feature before the end of the season.