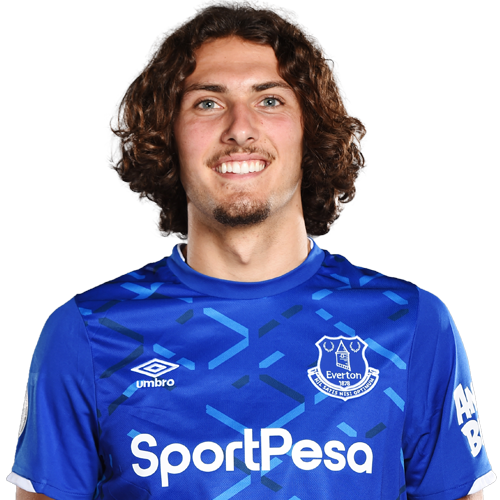 Unlike many of the Everton academy products who came to prominence in the Under-23s side around 2017 and 2018, Fraser Hornby was brought in from outside the club when he signed for the Blues as a 15-year-old in September 2014 from Northampton Town. He entered Everton's Academy at U14 level, initially as a midfielder, but he developed into a powerful and prolific striker.

As part of the Elite Player Performance Plan, Everton paid an initial fee of £65,500 in a a deal could ultimately have been worth £1.3m to the Cobblers. Everton were obligated to pay £150,000 per every 10 Premier League appearances Hornby made, up to 60 matches, but that arangement would prove adacemic.

Of Scottish ancestry, Hornby was born in Northampton but elected to play for Scotland's U17, U19 and U21 teams.

He made his surprise first-team debut and only appearance for the Toffees in the final Europa League group game of the 2017-18 season, having just graduated to the Under-23s with only three substitute appearances under his belt, and acquitted himself well in a 3-0 victory over Apollon Limassol in Nicosia.

He would then become a regular starter for David Unsworth's side for the rest of the season, scoring three goals, although they struggled a little and failed to retain their Premier League 2 crown. But it was enough for the club to recognize his progression and potential with a 3-year professional contract for the 18-year-old that was set to run through June 2021.

“Every young lad's dream is to become a professional footballer and it's my first professional deal so I'm just delighted and I can't wait to get started now,” Hornby told evertontv.

“Making my first-team debut was just an amazing experience. The whole occasion, travelling with the team, it being an away game, seeing all the fans - hopefully I can get more experiences like that in the future.”

Hornby did a little better in the next Under-23 season, scoring 6 goals in a all competitions but not really impressing as he had in that magical season for the Under-18s. A loan move was the next step after just 2 games played in the new season as Hornby was shipped off to the little-known KV Kortijk in the Belgian League in late August for the rest of the 2019-20 season. He was eventually sold to Stade de Reims in France in July 2020 for a fee that was officially undisclosed but reported to be in the region of £1.8m.