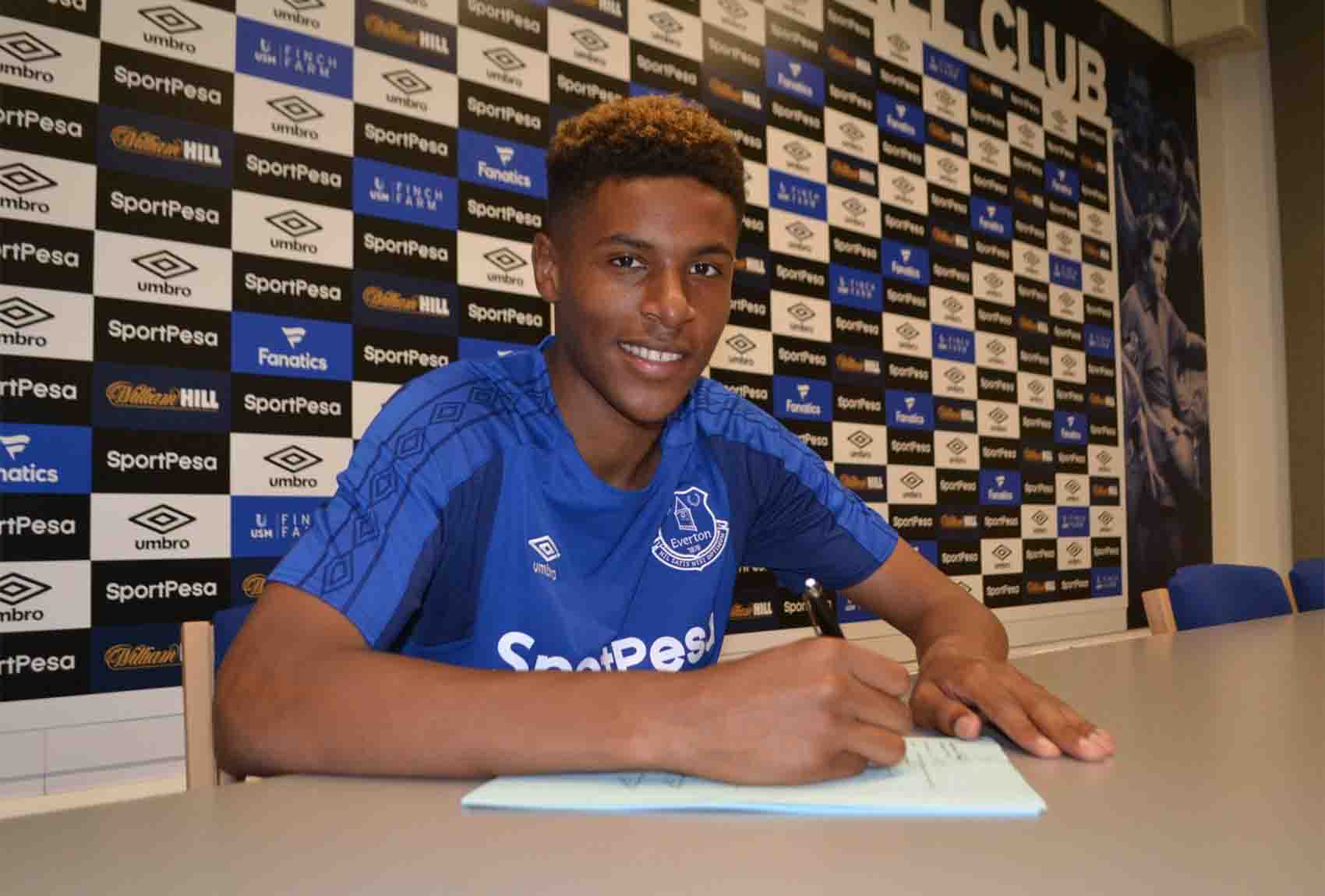 At the height of Everton's busy 2017 transfer window, the club added Nathangelo Markelo, an exciting Netherlands U18 international, to the Under-23s setup from Dutch club, FC Volendam 019.

The Blues' scouts had apparently been monitoring the versatile right-sided defender/midfielder's progress extensively along with scouts from other clubs in Europe and the club stole a march on their competition by securing his signature .

PSV, Utrecht and Southampton had also showed an interest in him but Everton were the most concrete in their offer and the negotiations and paperwork were completed within one day.

He said: “If I had been with Ajax, I might have needed some more time to make a decision, but now I immediately realised this was an opportunity I had to take with both hands. I'd seen that the likes of Jonjoe Kenny, Dominic Calvert-Lewin, Ademola Lookman and Tom Davies had all made it into the first team at an early age while the Under-23s manager David Unsworth also convinced my agent it was the right move for me.

“It feels great to be an Everton player. It's a nice opportunity for me and I love it here already."

Born in Groningen, Markelo moved to Amsterdam at an early age. He joined amateur club ASV De Dijk as a striker at the age of 9, after youth coach Joey Jap Tjong had seen him in action, playing football in the street. He then joined VPV Purmersteijn and soon scouts from AZ, Almere City and Volendam started to follow him.

“I could do a trial with AZ in the morning but my mother would not allow me to skip school so I went to Volendam.

“They picked me up in a small bus every day. I have the best of memories of my time in Volendam. I was transformed into a defender and was taught to find ‘footballing solutions’ rather than just kick the ball away as Volendam are known for their tiki-taka style of play.”

Markelo can play at centre-half, as a full-back, wing-back or in midfield. He signed a 3-year contract with Everton and joined up with David Unsworth's Premier League 2 title-winning squad.

He would get a decent number of games for the Under-23s in that first season, and become one of the more frequently selected stalwarts of David Unsworth's double-winning side the following season.

Having come to England, it was Unsworth who converted centre-back Markelo into a holding midfielder. He soon felt at ease, despite some initial reservations over whether he could handle the physical nature of English football after first entering the dressing room to find himself alongside players who were taller and bigger than himself. Markelo said: “They looked like giants. I texted my agent wondering if I would ever make it here. I think the new position is the best place for me.

“I have composure and technical skills to defend well and play in team mates when under pressure.

“I had a spell at right-back too when there were a few injuries and Mr Unsworth claimed I would benefit from the experience and improve my transition play, learning to pick the right moment to join the attack.

“When I moved back to midfield, the manager told me I had become a more complete player.”

After two years with the U23s, Nathan was given an indication by Marcel Brands that he would get an opportunity with the first team during the pre-season preparations in the summer of 2019.

Speaking in an interview with Voetbal International, Markelo lifted the lid on his relationship with fellow Dutchman Brands, the club's Director of Football. He said: “We have a chat every now and then. He is a friendly guy and I can always ask him for advice when we have a cup of coffee. He is always an interested spectator when the reserves play.

“He told me I would be called up for the pre-season training camp with the first team. Some clubs would like to have me on loan but Mr Brands insisted that was not a good idea yet.”

He would go on to play a major part in the Under-23s season, second only behind Matty Foulds in terms of appearances for Unsworth's charges, who had a less-successful season after losing a number of players who had secured the league and cup double in 2019.

Everton handed Markelo a new 2-year contract in the summer of 2020 and planned to send him out on loan, possibly to a club in his native Holland. There had been interest from sides in the Eredivisie in the previous January transfer window but Everton turned down the approaches in favour of keeping the Dutch youth international with the U23s squad.

But in July 2020, Markelo agreed a season-long loan with FAC Twente in the Eredivisie. He would make just 3 starts and 10 appearances from the bench before the loan period ended at the end of June 2021 and he returned to Everton before completing a permanent move back to the Netherlands with PSV Eindhoven, having never played for the Everton first-team.