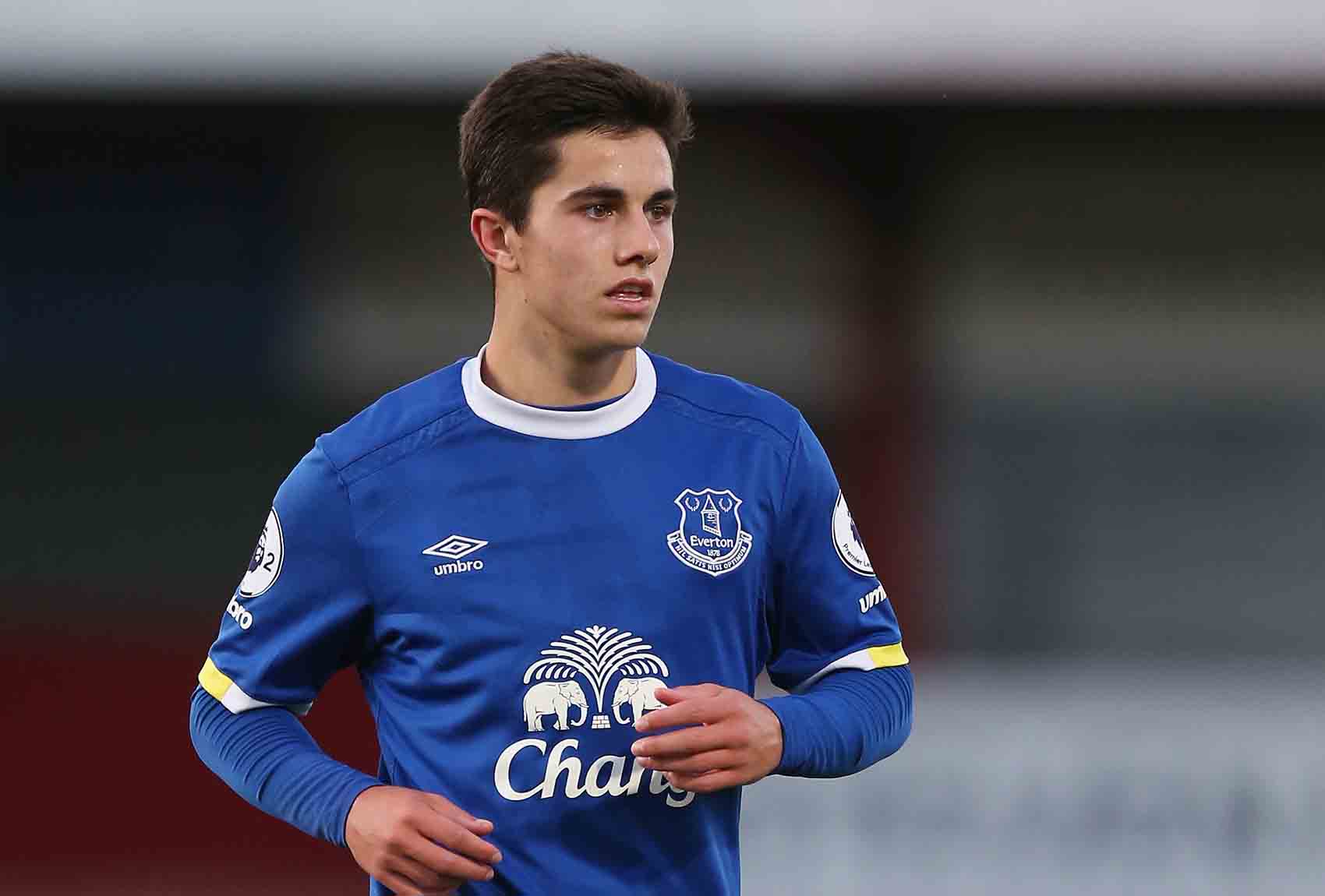 A central midfielder who is comfortable on the ball with a great range of passing and is dangerous from set-piece situations, Liam Walsh was just 5 years old when he joined Everton.

He cited Spanish midfielder Xavi as his biggest role model and scooped the club’s 2013-14 Academy Goal of the Season award for the Under-16s side, a mark of his progress through the Finch Farm Academy.

Eligible to play for both England and Italy, Walsh signed his first professional contract in March 2015, telling the evertonfc.com:

“It's everything that I wanted ever since I started playing football,” he said. “Obviously, signing a professional contract takes me closer to where I want to be which is with the first team. I'm buzzing to sign my first one and hopefully there is many more to come."

The Huyton-born player would, unfortunately, never get that far. A highly successful loan spell with Yeovil Town in 2016 suggested he was maturing nicely. He signed a new contract with Everton that September which extended his term to 2019.

Liam Walsh was really unlucky in that he was initially selected for the England squad for the U20 World Cup squad but picked up an injury at the end of the season so never made it in South Korea, where England, with four other Everton youngsters, won the trophy.

He was impressive for the Under-23s on their march to the 2016-17 Premier League 2 title but his next loan assignment with Birmingham City early in the 2017-18 season ended abruptly when he was allowed to return early after just one start and two appearances as a substitute following the sacking of Harry Redknapp. He returned to bolster Everton U23s' faltering campaign to retain their hand on the title.

However, under the rules of the loan agreement, Birmingham City retained his senior registration, making him ineligible to play for Everton's first team.  He was expected to finish the season with Everton's second string but, on 5 January 2018, it was surprisingly announced that he had signed for Bristol City in a permanent deal for an undisclosed fee.

On leaving Everton, Liam said, "It was a very big decision for me. I was there for a long time and was thankful for every day. I have been with Everton from the age of five but, as soon as I saw Bristol City come in, I knew it was the right time. I have been watching them as much as I can. They have been flying recently.

"Everton put me in central midfield as a youngster after I had played up front scoring and it's worked out. I look at Thiago Alcántara who was at Barcelona and is now at Bayern Munich. He's the perfect player to base my game on. I also look at Iniesta - those two players are my inspiration really.

"I like to get on the ball a lot, control the game and influence play. I can be assisting goals or be defending at the back for the team while I also like to take set-pieces. I just want to give as much I can for the team.

"My coaches have always said picture the pitch. I try to look around to work out where my teammates are. I have to be quick-minded, one or two touches, especially with my physicality.

"My ambitions at Bristol City is to get promoted and I know we can definitely do it. I want to playing week in week out and get a regular position in the starting eleven. It is a great bunch of lads and they have made me feel welcome. I'm very excited about my future here. "

But Walsh's January move to the Championship did not launch the young man's first-team career at all. He made only eight appearances for Bristol City in the second half of the 2017-18 season, with no goals or assists.

He was only named among their subs in all of the first 12 league games, but without even one minute of play. His sole first-team appearance was a League Cup start against Plymouth back in August. Other than that, his only action had been for their U-23s.

He would finally get some games in but a further loan one level down from the Championship was the best course of action for 2019-20 season, when he joined Coventry City in League One on loan for the season, racking up more than 30 appearances.

But his time back with The Robins turned into an injury hell, with first a thigh muscle strain keeping him out for most of the 2020-21 season, followed by a hamstring injury after just 3 games back that would keep him out until the end of the season, when he was released on the expiration of his contract.

Back in the Championship, Swansea City took a gamble on him, but he had only made 4 appearances for them by the end of October 2021.