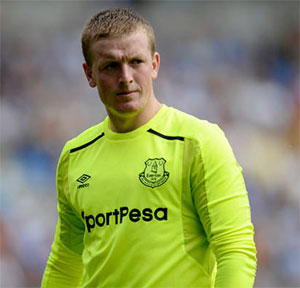 Everton began 2018 in the manner in which they ended 2017, dealing with a defeat after Manchester United proved too strong in the second half at Goodison Park.

An occasion under the lights at the Grand Old Lady provided an opportunity for Sam Allardyce and his men to get the new year off to a flyer despite foul weather but two giveaways, defensive fragility and a desperately toothless attack all contributed to a 2-0 loss to what were admittedly impressive goals from the visitors.

Anthony Martial broke the deadlock 12 minutes into the second half after Wayne Rooney had passed straight to a red shirt at the other end and the Frenchman swept a pass from Paul Pogba into the top corner from the edge of the box.

And Jessie Lingard sealed the points from a similar position as he surged forward and curled an unstoppable shot around Jordan Pickford.


Coming into the match, most of the talk was about United's stalled momentum after three successive draws and certainly in the early going it looked as though the Blues could cause Jose Mourinho more problems with Tom Davies providing the energy in central midfield and the likes of Yannick Bolasie and Nikola Vlasic caused them problems down the flanks.

With Rooney playing in his deeper-lying role Allardyce's team selection offered the hope of a more attacking outlook than was the case in the previous three Festive games which yielded just two points and only one goal but they struggled to create clear-cut chances.

Good work by Vlasic in the fourth minute provided a shooting opportunity for Rooney but his shot was deflected behind while a Davies effort a quarter of an hour later suffered the same fate and Vlasic sliced a half-volley over from the resulting corner.

With the gangly and ineffective Niasse ploughing a lone furrow up front, Everton weren't able to sustain any consistent pressure and United started to come more into the contest as the first half wore on.

Pickford palmed a dangerous Martial cross away that Cuco Martina hacked away before Ander Herrera flashed a shot narrowly over after Rooney had been dispossessed on the edge of his own penalty area.

If they had been fairly even in the first half, the two sides were markedly different coming out of the half-time break, with United emerging from the dressing room on the front foot.

Pickford had to tip a rising Juan Mata shot over the bar two minutes into the second period four minutes before the Spaniard raked a shot off the outside of the post from distance.

Pogba whipped a dangerous ball across the face of the Everton goal shortly before United capitalised on Rooney's dreadful pass and took the lead. United advanced as the home side retreated and when Pogba picked Martial out on the edge of the box, he placed his shot past the ‘keeper.

Allardyce responded with a double change, withdrawing Rooney and Bolasie who had faded as a force down the left flank and threw on Aaron Lennon and James McCarthy.

While the latter substitute's introduction seemed like a strange decision, McCarthy did add some much-needed fire to the midfield but it was the visitors who were growing in confidence and continued to threaten. Pogba had Michael Keane backing off before he got off a shot that Pickford pushed over again before Ashley William's slack pass was intercepted and Martial's cross just eluded Pogba in the middle.

Seven minutes later, Pickford was forced to make his best save of the day as he palmed Lingard's goalbound effort around his post but it merely delayed the inevitable second goal.

With Keane backing off once again as Holgate gave up possession from a throw-in, Lingard had the space he needed to pick his spot three minutes later and find the top corner from 20 yards out and make the game safe for United.

Allardyce bemoaned his team's failure to close the visitors down for both goals and stressed the need for patience as he tries to turn things around at Goodison but a second successive defeat and fourth match without a win means that the honeymoon period is over for the new boss.