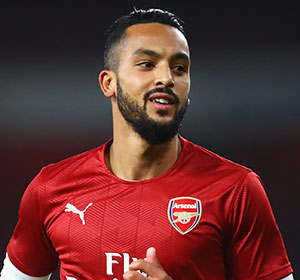 Updated Everton look set to make their second big-money signing of the month this week with a deal for Theo Walcott close according to reports.

Paul Joyce of The Times, routinely a reliable source once moves reach this point, has tweeted that a £20m transfer of the 28-year-old forward from Arsenal is in the final stages of negotiations following talks between the two clubs yesterday.

That followed a piece by the similarly reliable Andy Hunter of The Guardian who said that the Blues had made progress on a deal and were hopeful of concluding the switch this week.

And now there are reports that the England international has travelled to Finch Farm to discuss the transfer and undergo a medical.

Walcott has yet to start a Premier League game for the Gunners this season and with the 2018 World Cup on the horizon is on the lookout for a new opportunity that would guarantee him more game time.

A move to either Goodison Park or St Mary's Stadium in Southampton has been mooted since the transfer window opened — Sam Allardyce confirmed his interest in signing the player last Friday — but the Blues' willingness to match the player's £110,000 wages and stump up Arsenal's asking price looks to have given them the edge.