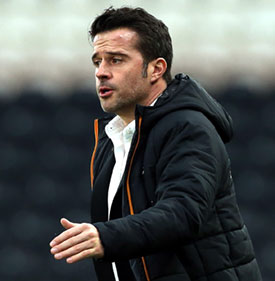 Marcel Brands will hold talks with Marco Silva about the vacant manager's position at Everton before the weekend, according to MailSport.

Dominic King reports that the Blues' new director of football is taking the lead on negotiating terms with the former Watford man who remains the front-runner for the job in the wake of Sam Allardyce's removal last week.

The same report repeats a similar assertion made by the Mail earlier this week that Bill Kenwright could soon step down to usher in Alisher Usmanov, the Uzbek-born billionaire who has been frustrated in his attempts to gain a seat on Arsenal's board of directors.

Usmanov has always insisted he has no intention of selling his 30% stake in the Gunners but he has been unsuccessful in persuading owner Stan Kroenke to relinquish control at The Emirates.