Fred Pickering passed away on 9 February 2019, at the age of 78, in his hometown of Blackburn.

Fred was a forward as a youth but was switched to left-back by Blackburn Rovers as it offered him greater opportunities to progress. He captained Rovers' 1959 FA Youth Cup-winning team and debuted for the first team, wearing the Number 3 shirt, later that year. Eventually, he reverted to the forward line in place of Derek Dougan and never looked back. Six foot-plus in stature, powerful, with a trademark ‘booming' shot with either foot and surprising poise for a big man – Fred was a potent threat to opposing defences.

A hat-trick for Rovers at GoodisonPark in November 1963 must have impressed Harry Catterick – just four months later, the Toffees' supremo secured Fred's services in order to bolster his firepower for the 1963-64 title run-in. In spite of supporters' reservations (who were worried that Fred's arrival would spell the end for terrace idol, Alex Young), Fred was a sensation in royal blue – scoring a hat-trick on his debut against Nottingham Forest. Although Everton's title challenge stuttered that season, Fred would score with metronomic regularity for two years. Remarkably, he was selected for England just three times — scoring a hat-trick on his international debut and notching goals in his two subsequent appearances. 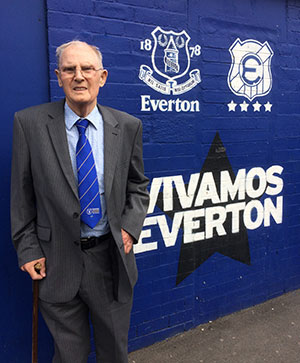 A knee injury saw Fred miss out on the 1966 FA Cup final. It was a bitter blow (in time, Fred acknowledged that his selection would have been a huge gamble, in an era before substitutes). His loss was Mike Trebilcock's gain – as he watched from the sidelines with Sandy Brown.

By his own admission, Fred was never quite the same player again. He broke down again with knee trouble early in the following season and, following surgery, played in only a handful of games before moving to the Midlands in August 1967. His two seasons at Birmingham City were fruitful ones – by way of tribute, the St Andrews faithful would adapt the contemporary Manfred Mann hit's chorus to ‘The Mighty Pickering'.

Fred's goals edged the Birmingham Blues to within a match of the 1968 FA Cup Final – which would have offered a chance to prove a point against his former club. In the event, West Brom progressed to the final, with Jeff Astle writing his name in Cup history.

Back in the North-West, Fred's hat-trick at Deepdale in April 1970 secured Blackpool's promotion to the top flight, earning him a place in Tangerines' folklore. A sentimental return to Ewood Park in 1971 was ill-fated with Fred now well past his prime.

A brief spell on Brighton's backroom staff, curtailed by the arrival of Brian Clough, ended Fred's association with professional football. He would earn a living back in his hometown working in several jobs and, in retirement, was a familiar sight around the town. In conversation, he was modest and unassuming, never wanting fuss about his considerable footballing achievements.

Fred was never forgotten by his four football clubs. He attended a number of Gwladys Street's Hall of Fame events at the Adelphi and was a regular at the Everton Former Players Foundation Christmas lunches until recent years. When not in the best of health, he was invited by Bill Kenwright to be his guest at the Everton - Stoke fixture in August 2017. It was a day he thoroughly enjoyed – particularly bumping into his old teammate, Colin Harvey (a “top, top, player' according to Fred — who did not shower praise on fellow players lightly). 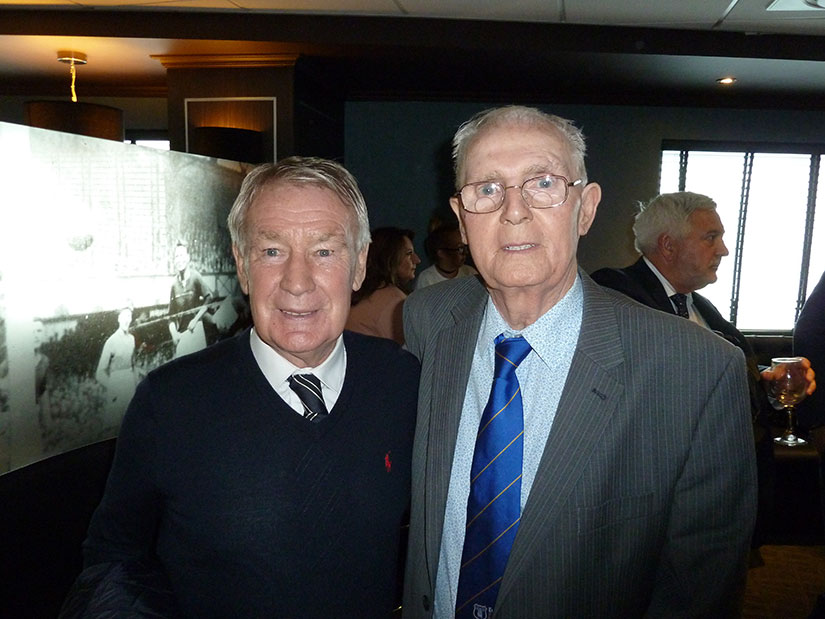 Fred may have only been at Everton for a little over 3 years but he looked back fondly on his time on Merseyside. For Evertonians, he holds a place in the pantheon of talismanic Number Nines. 70 goals in 115 Toffees appearances puts him up with the most prolific marksmen the club has seen – oh to see his like again.

I offer my condolences to his loved ones. Rest in peace, Fred.