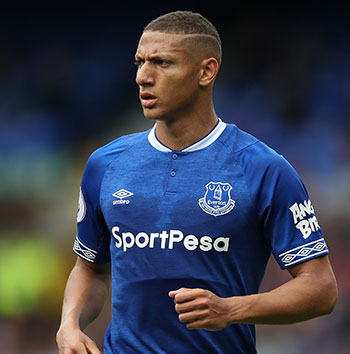 Everton travel to the northeast this weekend looking to register successive away wins for the first time in two and a half years when they take on Newcastle United.

The Blues, who beat Cardiff City on their last road trip, could also notch a third consecutive victory at St James' Park having won there by a goal to nil under Roberto Martinez in 2015 and Sam Allardyce in 2017.

They face, however, a Magpies side who are on a four-game winning streak at home under Rafa Benitez, a run that included a 2-1 win over Premier League leaders, Manchester City, as well as more routine triumphs over fellow strugglers Cardiff, Huddersfield and Burnley.

That has helped lift Newcastle six points clear of the relegation zone and as many behind Everton coming into the weekend. Marco Silva's team, meanwhile, slipped back to 10th after Sunday's goalless Merseyside derby and lie six points off the top seven with nine fixtures to play.

Silva has suggested that he and his players should be regarding the remaining games like “cup finals” and while improving on last season's final position by one place and a possible Europa League spot are the summit Everton's achievements this season, there are many on the field and the dugout whose futures could depend on performances between now and mid-May.

The Blues emerged from the derby with plenty of credit in terms of attitude and application but their lack of cutting edge up front remains a concern and in that respect Silva appears no closer to finding a reliable combination of attacking players capable of consistently scoring goals.

In that vein, Silva says that reputation alone won't guarantee a place in his team but admits that Richarlison impressed him during his cameo against Liverpool and it could lead to the Brazilian's recall to the side this Saturday.

Having been substituted in the games against Watford and Cardiff, Richarlison was benched for the derby but replaced the largely ineffective Theo Walcott for the last half an hour and almost laid on a winner for Bernard and he could start in that wide-right role, allowing his compatriot to continue on the left.

Silva explained to the print media at his press conference that how players perform on the pitch and in training plays a large part in whom he selects from week to week.

“It is not just him. André Gomes did a fantastic season until a certain moment when, like the team, he has some up and down. He's an important player for us, a key player. When you are in a good moment and André is in a good moment he can give that extra quality for us as a team.

“He didn't play the last two games. It's not just Richarlison. If I take that decision then for sure Richarlison fully understands. He just has one solution — show to me during the 30 minutes he came in [in the derby] that he's ready again and show during the week that he wants his place in the team. That is everything he is doing.”

Gomes was also introduced as a second-half sub against Liverpool at the expense of Morgan Schneiderlin but his return to the starting XI isn't automatic either. Schneiderlin was guilty of a couple of potentially costly errors but Everton didn't concede with him on the field in either of the two games he has started so Silva has a decision to make over whom to pair with Idrissa Gueye.

In terms of availability, Phil Jagielka is a doubt and Leighton Baines is ruled out again with a back injury while Newcastle will be without rising young star midfielder Sean Longstaff (knee), defender Ciaran Clark (knee) and goalkeeper Rob Elliot (back).

With Watford away at Manchester City and Wolves travelling to Chelsea, there is scope for Everton to narrow the gap to both clubs if they can come away with a victory. The Barcodes' recent home form and increasing confidence, however, means it will be a difficult task but by no means impossible if Silva's men can carry forward their more assured displays over the past 10 days.