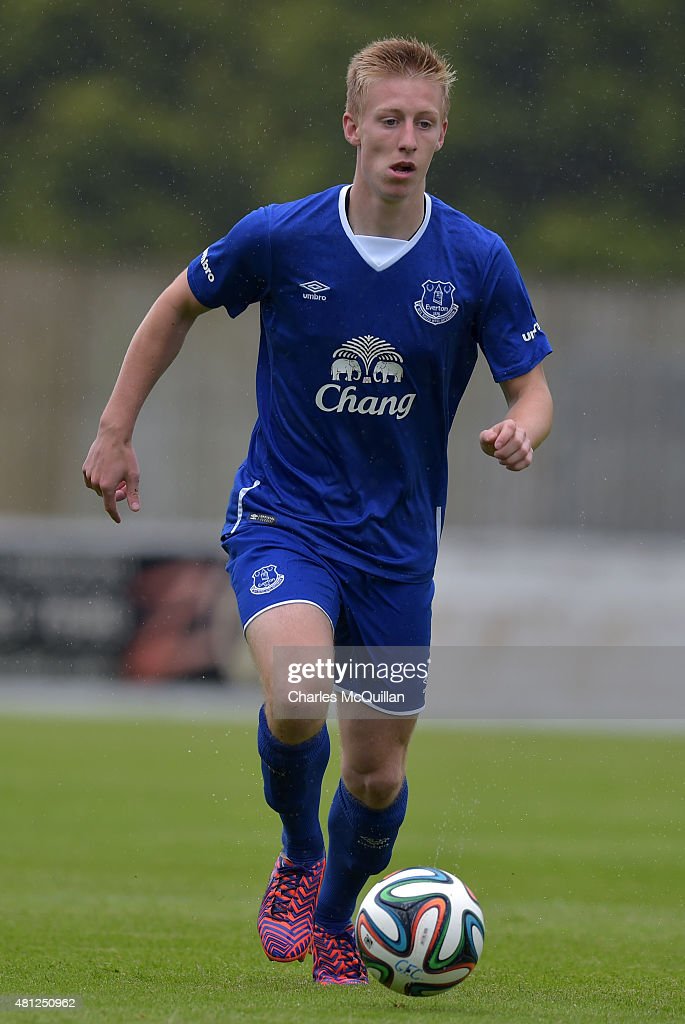 Harry Charsley put pen to paper on a 2-year professional contract in July 2014, having had a successful first year as an Everton scholar.

The midfielder had been at the Blues’ Academy since the age of nine and would go on to play a crucial part in the Under-18s league triumph in the 2013-14 season. Possessing a knack of timing his runs from midfield into the box to perfection, Charsley’s sixth and final goal of the campaign was the winner in May’s 1-0 win over Manchester City at Goodison Park to clinch the title.

The Republic of Ireland youth international enjoyed another eye-catching season in 2014-15, scooping the Under-18s Player of the Season Award as the young Blues narrowly missed out on a second successive U18 Premier League title on the final day of the season.

He advanced to the Under-21s and played a significant role in their campaign, getting on the scoresheet a couple of times as the Blues chased for the title, eventually falling short to Sunderland and Man Utd. After his successful showings over the 2015-16 season, Everton Academy gave him another year when his contract expired in summer 2016.

In April 2017, Harry Charsley signed a new contract with Everton until the end of June 2019.

“I’m delighted to sign the new deal,” Charsley told evertontv. “I’ve worked hard this season so it is nice to get a reward at the end of it. Looking ahead, the aim for me is to impress the first-team staff in pre-season. I want to show my best, work hard every day and we will see where that takes me.

“The fact the manager gives chances to young players encourages us all. It gives everyone a boost and makes us work harder because you want to be the next one that gets picked.”

Charsley joined the Club’s Academy at the age of nine and went on to play a crucial part in the Under-18s’ league triumph in 2013-14. He enjoyed another eye-catching season in 2014-15, scooping the Under-18s Player of the Season Award as Kevin Sheedy’s side narrowly missed out on a second successive title on the final day of the season.

His knack of scoring goals from midfield meant he continued to shine under Unsworth David Unsworth and he eventually earned a surprise first-team starting role in Everton's final Europa League match of 2017-18 against Apoollon Limassol.

He would spend the second half of the 2017-18 season on loan at Bolton Wanderers but only got a start in one Championship game, a loss at Brentford in January 2018, where he was hauled off before the hour mark. He was not named in the first-team squad again after that as the Trotters battled manfully to avoid relegation back to League One.

He was reduced to playing for Bolton U23s in Professional Development League 2 (North), but for just three games over the next three months, possibly due to injuries. He returned to Everton at the beginning of May 2018 and, without getting anywhere near the first team, played a decent part in the Premier League 2 and Premier League Cup double that would be achieved by David Unsworth's young stars in the Under-23s.

The summer of 2019 was supposed to be the end of the line for Charsley when he was released, but the club invited him back to use Finch Farm for his rehabilitation from a back injury until he found another club and actually ended up using him in the Under-23s setup in the first half of the 2019-20 season due to a shortage of numbers.

David Unsworth explained: “Harry’s been with us since he was five or six. He got injured towards the end of the season and it was a real serious injury, a stress fracture of his back. What we didn’t want to do and what we don’t do at this club is chuck kids to the side and not look after them. He couldn’t do anything for three or four months and we have an obligation to look after the player.

“We felt it was the right decision to give him a contract until January to get fit and stay fit. We’re on smaller numbers than we have been over the last couple of years so there’s an opportunity to increase his profile and get himself a club in January.”

He was eventually released again in January 2020, and would join Mansfield Town in League Two the following week.