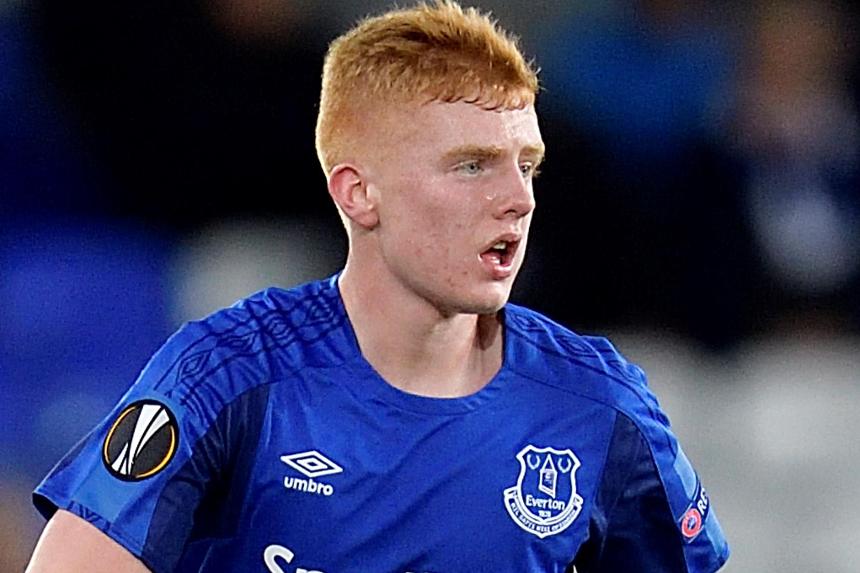 Morgan Feeney joined the Everton Academy at the tender age of just seven and has worked his way up through the junior levels to graduate as a First Year Scholar in 2015. Strong in the tackle and in the air, coach David Unsworth described Feeney as "from the Dave Watson school of defending".

Feeney featured 11 times in the Under-23s’ 2016-17 title-winning campaign, as he completed the transition from Under-18 football, having made his Under-23s debut the previous season aged 16. He would dearly love to skipper his side through another successful season, while keeping sight of his long-term ambition to progress into the first-team squad.

“This is our second season together now… we know each other inside out,” added Feeney. “It would be silly if our aim was not to go and challenge for the [Premier League 2] again and I think we have a chance.

“I am a massive Evertonian, so being captain is huge for me. It is something I took in my stride and hopefully I am doing okay at it. My short-term goal is to get through to Christmas feeling good and playing well. Hopefully in that period I can catch the eye of the new manager and see where that takes me.

“I have seen some of his training and it looks exciting. You do think, ‘I don’t want to be watching, I want to be over there with them’. It is natural when you see how good it looks to want a piece of it. It is another incentive to try to get myself over there.  But I do not want to rush things. I have been out so long and had the problem a number of years, so it is important I get it right and make sure I come back as fit as possible.”

Turning 18, the Bootle-born defender was one of the youngest members of Unsworth's Under-23s squad that lifted the Premier League 2 title in 2016-17. After being handed the captaincy of the young Blues for the 2017-18 season, Feeney's performance levels elevated even further.

Feeney had a fabulous season before his campaign was prematurely curtailed. He stepped up to skipper Unsworth’s Under-23s following Jonjoe Kenny’s elevation to the first-team set-up and responded with a series of stellar displays. Feeney’s form won him a senior outing as a substitute in the Europa League clash with Atalanta in November 2017. And the following month he made his full-debut at Apollon Limassol, turning in an authoritative display at the heart of the Blues’ back-four as a young Everton side won 3-0.

But his season ended early when he needed knee surgery in March 2018. Feeney and the Club’s medical staff decided the procedure was required to cure a long-standing patella tendon issue in the centre-back’s right leg. Feeney subsequently went under the knife to correct a similar problem in his left leg.

Free of pain in the summer of 2018, Feeney wanted to spend hours on the training ground honing the techniques he was studying on footage of the likes of Uruguay centre-half pair Diego Godin and Jose Gimenez, two masters of their art at the World Cup in Russia.

“I have been watching players I like [in the World Cup] and have done the analysts’ heads in, getting them to clip games for me on passing and defending,” Feeney told evertontv. “I watch clips back and take those things into my own game. Hopefully, I can stay out training longer [when I am fit], with pain free knees, to work on those things. The Uruguay defenders are solid, Godin and Gimenez. And Harry Maguire has looked solid.  The big centre-backs who like to put themselves about a bit… that is what I like to see.”

The Bootle-born player’s progress was recognised when he returned from his surgery in Sweden to accept the club’s Young Player of the Year prize in May 2018.

“It was a satisfying year for me, to make my debut and receive the accolades I did,” says Feeney. “To end it that way [receiving the young player prize] was sweeter than it would have been if things hadn’t gone so well. The first-team experience is an extra bit of motivation. It makes you hungry for more, once you have had a little taste. That second game in Limassol, especially getting the big win, just makes you want to go and get more.

“It is an extra drive for me. It was a bit of an eye-opener, in terms of how they [the established first teamers] carried themselves and went about things. Anything I can take from the senior players to bring into my game, on and off the pitch, I will try to put into the 23s and get across to our lads.”

Feeney followed an individually tailored programme in the 2018 pre-season training camp at La Manga, Spain, designed to have him operating at full tilt when he returned to the pitch. He also underlined the reviving effects of being part of the squad which has travelled abroad for a seven-day camp ahead of the new season kicking off in August 2018.

“I have been joining in the warm-ups and just being around the lads and feeling part of the team again is good for morale,” said Feeney. “I am starting to get into the swing of things.

“You have to set yourself goals or you would end up just turning up and doing what you’re told. Within limits – because you have to listen to the physios. They give you goals and you cannot jump ahead of them. But if they give you some sort of cardio work, for example, I will try to beat the time they tell me to do it in. They are just little goals you can go out and reach each day and feel like you’ve achieved something.

“I have never really had a proper long-term injury – nothing as long as this. It is a new test and something you have to get on with and deal with. “It does strengthen you mentally.”

Morgan Feeney would eventually return to captain the Under-23s a few games into the new season, and he would lead them to an impressive double in winning the Premier League 2 trophy and the Premier League Cup, Feeney scoring the winning goal of the final at Goodison Park in May 2019.

Feeney was an established member of the U23s who tried to sustain the high standard into the new season, but things fell apart as the Blues drifted into the lower half of the PL2 table, well off the required pace to defend their title. At the end of the January 2020 transfer window, Morgan Feeney secured a loan move to Tranmere Rovers for the remainder of the season.

But that loan would be cut short almost before it had begun, with Feeney suffering a serious hamstring injury in his first game for Tranmere, and returning to Finch Farm for treatment, with fears that he would be out recovering for the rest of the season. Indeed, he did not get to play again before the early termination of the season due to the Covid-19 pandemic.

In May 2020, he was told that Everton would release him at the end of his contract. Feeney would sign a short-term deal with Sunderland in League One later that summer after a number of weeks training with the North-East club. But just weeks into his new career, another serious hamstring injury would once again put him on the sidelines after just 8 minutes of his first PL2 game for the Black Cats. He was released in January 2021.

He was able to secure a new contract with Carlisle Utd but would not play again until the following season, where he worked his way into becoming a first-team regular for the League Two team, running up against his old Everton U23 side in an EFL Trophy game that The Cumbrians would win 2-0.

* On Loan to Tranmere Rovers, then out injured for the second half of the season