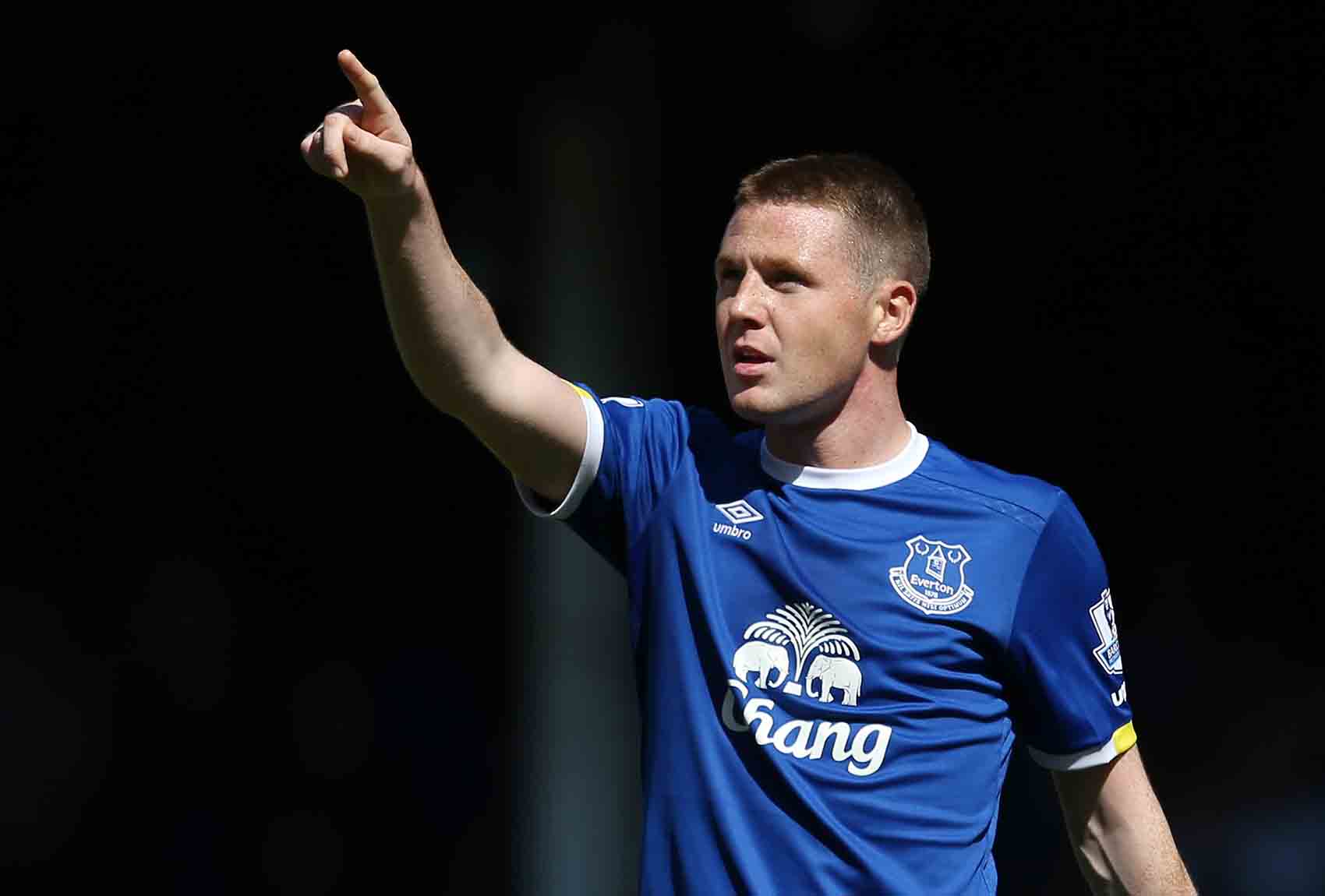 When Roberto Martinez left Wigan Athletic to succeed David Moyes in the Everton hotseat in 2013, it seemed inevitable that some of the players he had left behind as his side were relegated to the Championship would follow him to Goodison that summer.

Arouna Kone and the out-of-contract Antolin Alcaraz were obvious candidates but, despite his reputation as the Latics' best player and a close season of almost constant speculation linking him with the Blues, James McCarthy's path to Merseyside was less obvious because of the enormous £15M price tag placed around his neck by Dave Whelan.

It would not be until after the 11pm transfer deadline that September that the Irish international would be confirmed as Martinez's most expensive acquisition of the summer when he sealed a £13m move from the DW Stadium after Marouane Fellaini was sold to Manchester United.

The Glasgow-born midfielder might have ended up in Liverpool a lot sooner had he chosen to play at Anfield following a trial in 2009 when he was still a teenager with Hamilton Academical in Scotland. He ended up signing for Wigan that July, however, in a deal worth £1.2M and would eventually make a goalscoring Premier League debut in January 2010 against Wolverhampton Wanderers.

After helping Wigan mount one of the Premier League's most impressive escape acts from relegation the following season, he extended his contract with the Latics in the summer of 2011 and had cemented his place in Martinez's midfield by the time the Latics dumped Everton out of the FA Cup quarter finals in March 2013 on their way to Wembley glory against Manchester City.

In McCarthy's first season with Everton, solid and consistent performances in midfield increasingly demonstrated his value to the club, as he struck up an excellent partnership shielding the back four alongside Gareth Barry.

McCarthy had hamstring injuries on and off during his second season at Everton, where he was mostly required to play very deep invariably as one of two central defensive midfielders; forays forward – even forward passes – were a rarity. At one point Martinez brought him back into the team  too soon after another hamstring (Wolfsburg away) and he lasted about 10 minutes.

He did get forward to good effect on one memorable occasion – to score the opening goal in the defeat of Manchester United at Goodison Park, where he showed great skill to burst through the last line of defenders with a bobbling ball and clip it nicely past De Gea.

At the end of the season, rumours seemingly emanating from his agent suggested the player was not happy because a promise to renegotiate his contract at the end of his first season had still not been fulfilled by the club. But the rumour mill was again proved wrong as he signed a significantly improved 5-year contract in June 2015 and bought in to Roberto's Golden Generation concept.

McCarthy was a regular in midfield for Roberto Martinez's third and final season as Everton manager, a first name on the teamsheet as one of his favourites.  But his indifferent form may have reflected a chronic injury problem that he struggled with since November 2015. He went off with 20 minutes remaining at Bournemouth and, though he returned a month later, he was never fully fit for the rest of the season.

It was enough, however, to take him to Euro2016 and a fine display in a momentous group game where the Irish beat Italy to secure a place in the Round of 16. But the arrival of Idrissa Gueye would threaten his place in the Everton team under new manager Ronald Koeman.

McCarthy was the subject of rumoured interest from Celtic, Newcastle, Sunderland, Leicester City and Crystal Palace during the closing weeks of the summer 2016 transfer window after losing his starting role in central midfield and being employed in an unaccustomed right wing-back role. However, Ronald Koeman revealed that McCarthy was suffering a groin problem and was not for sale.

That groin problem needed an operation that would keep him out of the side after he came off early in the second game of the new season.  He would not return fully until December, when he picked up another injury after three starts, this time his hamstring.

This precipitated an unseemly club-versus-country war of words with the Irish camp who insisted on using McCarthy whenever they could get away with it, much to the annoyance of Koeman. He played sporadically, but the hamstring problem only got worse and McCarthy ended up missing the last three months of the 2016-17 season.

And injury continued to thwart McCarthy's chances of playing a part in Koeman's rapidly changing squad as the 2017-18 season began. By the time Sam Allardyce was appointed as interim boss following Koeman's sacking in October 2017, McCarthy was close to reclaiming his regular role but suffered a horrendous double leg fracture of the tibia and fibula in a challenge with West Brom striker, Salomon Rondon, the Venezuelan unintentionally striking McCarthy's leg with full force instead of the ball.

An operation four days later to set the broken bones was followed by a lengthy period of recovery but while the Irishman was finally declared ready to return to action 10 months later, in October 2018, it wasn't until the following spring that he would make his one and only appearance of the 2018-19 season as a substitute.

Understandably given his lack of playing time under Silva, there would be plenty more speculation around his future at Everton when the 2019 close season transfer window rolled around. Furthermore, his new international manager, Mick McCarthy, elected not to select him for Ireland's summer fixtures, stressing the need for him to sort out his future instead.

That led to James making a long-rumoured move to Crystal Palace on the eve of the summer 2019 transfer deadline, putting pen to paper on a three-year deal at Selhurst Park and an £8.5m transfer that brought to a close his six-year association with Everton.