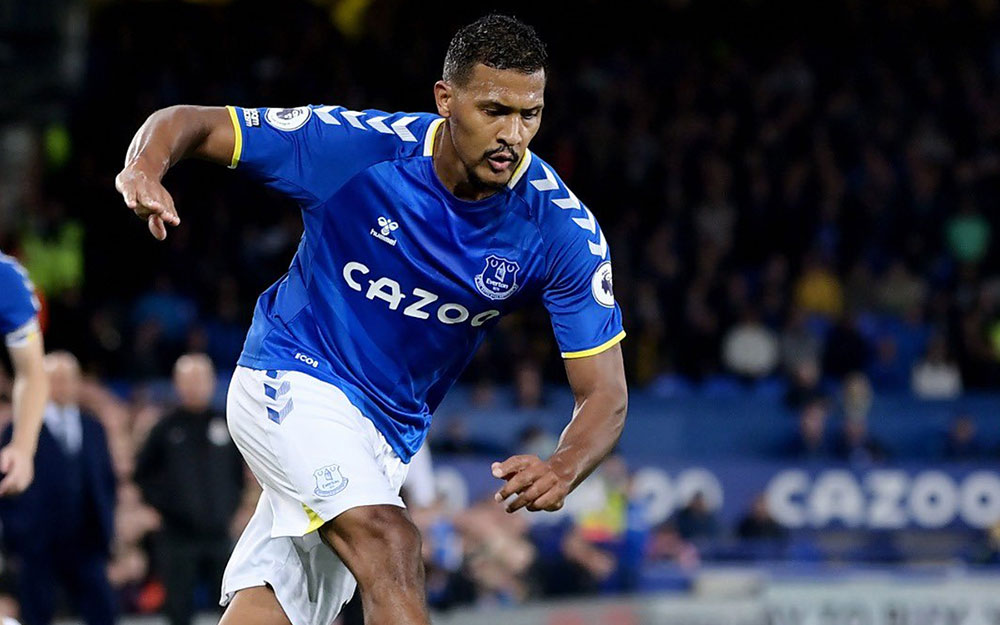 With Everton's profligate spending in the Farhad Moshiri era finally catching up with them in the summer of 2021, the club was in need of striking reinforcements on a budget after they had only been able to smooth Moise Kean's departure back to Juventus on a 2-year loan deal. The candidate to whom new manager Rafael Benitez turned was Solomon Rondon who was available on a free transfer from Dalian Professional where both men were plying their trade before they engineered their respective returns to England.

Benitez had managed Rondon while he was on loan at Newcastle United in the 2018-19 season and had signed him again for Dalian so, when the Toffees were in need of a solid back-up to Dominic Calvert-Lewin, the experienced Venezuelan international seemed to be a sensible choice.

Born Jose Salomon Rondon Gimenez in Caracas, he began his career in his home country with Aragua FC for whom he made his debut as a 17-year-old in 2006. He was picked up by Las Palmas 2 years later and moved on to Malaga 2 years after that where he scored 27 goals in 72 appearances and that earned him a €10M move to Rubin Kazan in Russia.

Following a further 56 appearances and 24 goals there, Rondon moved to Zenit Saint Petersburg in a even bigger deal worth almost €20M and he enjoyed a similar strike rate in his solitary season there before he attracted the attention of West Bromwich Albion who forked out a club-record £12M for him in the summer of 2015.

Rondon would spend 4 years with the Baggies, albeit with his final season on loan at Newcastle, and it was during his time at West Brom that he first endeared himself to Everton fans with his reaction to an injury accidentally suffered by the Toffees' midfielder, James McCarthy. McCarthy was the last man covering Rondon as the striker bore down on goal but Rondon unwittingly kicked through the Irish international's leg aiming for a ball that had been nicked away from him. McCarthy suffered a double leg fracture but was immediately consoled by the shocked Rondon until club medics could rush onto the field to attend to him.

Leaving the Magpies with a goalscoring record of one in every three games, Salomon made a lucrative move to China with Dalian and played 28 times there before joining CSKA Moscow on loan for his third stint in the Russian league.

After injuries to Dominic Calvert-Lewin finally laid him low following a great start to the new season, Rondon was called upon to step in, despite looking desperately unfit. He struggled to match pace of the Premier League but Benitez seemed all-too willing to overlook his inadequacies, and played him regardless of his poor goals return.

Indeed, he managed just one, a consolation strike from a yard or so out at Crystal Palace, before Benitez was sacked in mid-January and he would get a solitary start under the Spaniard's successor, Frank Lampard when he grabbed a brace in an FA Cup tie against non-league Boreham Wood.

With striking reinforcements nowhere to be found by the time the 2022-23 campaign approached, Rondon was looking ahead and vowed that he wanted to continue "being important" at Everton.

And when Calvert-Lewin was struck down by injury yet again just days before the season opener, Rondon another chance appeared to beckon to the veteran once he had served his suspension for a reckless red card picked up in the penultimate home game of the previous season.