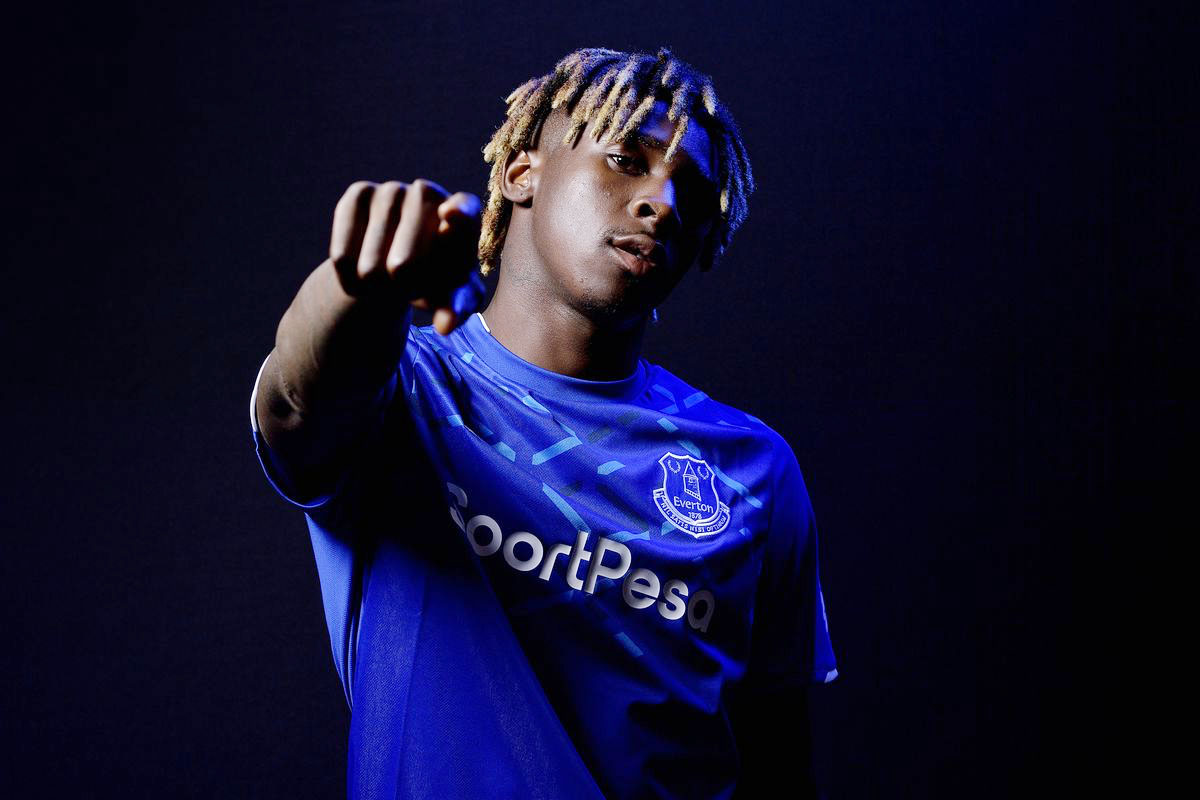 If there was a feeling that Everton's failure to adequately replace Romelu Lukaku was becoming more acute following a 2019 pre-season programme that yielded just three goals in seven matches, the unease was lessened significantly with the recruitment of Moise Kean from Juventus in early August.

Just 19, Kean was regarded as one of the hottest young prospects in the European game so the switch to Goodison Park raised more than a few eyebrows but it was reported that he turned down interest from the likes of Arsenal and Manchester United – themselves in the process of trying to offload Lukaku, because of the guarantee of first-team football at Everton.

Born in Vercelli, Italy, to Ivorian parents, Kean joined Juventus when he was 10 following spells in the youth setups at Asti and Torino. 24 goals in 25 games in the 2015-16 season for Juve's academy signalled his promise as he prepared to make the step up as a professional and he would make his senior bow in November 2016 at the age of 16 years and 23 days, replacing Mario Mandžukić in a 3-0 win over Pescara in Serie A to become the youngest debutant in Juventus history.

He would make 35 appearances in the Italian league over the next three seasons for Verona on loan and for Juventus, scoring seven times for the "Old Lady" (the first of which establishing him as the first player born in the 2000s to score in Europe's five big leagues), while also becoming a full Italy international, earning three senior caps and scoring two goals.

Quick, tenacious, and physically strong, Kean is naturally right-footed with a preference for playing as centre-forward but versatile enough to operate as a second, left-sided forward or winger. Described as having Marcus Rashford's mobility with the physique of one of his playing idols Mario Balotelli, known in particular for his great pace, trickery, strength and ability to pop up in front of goal.

His arrival at Everton, two days after the signing of 23-year-old Jean-Pilippe Gbamin from Mainz, was another illustration of the youth-focused recruitment strategy being employed by Marco Silva and Marcel Brands.  There were initial suggestions that Juventue would require a buy-back option in the terms of the deal but Everton eventually were believed to have negotiated a first option for the Italian club on Kean should the Blues decide to sell him in the future.

Kean's integration into Silva's side was measured by the Portuguese, who had to balance the imperative to get 2019-20 off to a good start with the need to blood his young new signing. Sparse displays as a late substitute meant that the Italian struggled for the amount of game time he needed in which to really settle into the rigorous demands of the Premier League. In November 2019, with only two starts and no complete games in a Blue shirt, he was disciplined for turning up late to a team meeting while, on the field, scoring goals proved to be especially difficult in an Everton side that was struggling across the board and which had dropped into the bottom three by the first week of December 2019.

Silva paid for the poor run with his job and was replaced temporarily by Duncan Ferguson, who handed Kean the ignominy of being substituted only 17 minutes after coming on as a sub himself in an away game at Manchester United. Caretaker boss Ferguson blanked Kean as he trudged off the pitch and the 19-year-old walked straight down the tunnel. Some pundits rounded on Ferguson for his treatment of the young Italian, who had still not scored for the club.

“Sometimes in football you have to think about the human part. He’s destroying this young boy’s confidence. He doesn’t even shake his hand,” said John Arne Riise. “Give him a hug – he’s a young boy. That is the worst thing you can do for any player but especially a young boy who doesn’t speak the language very well. He destroyed that young player.”

Defending his decision, Ferguson said: “I was just doing it for fresh legs. Unfortunately, he was the one I decided to bring off.  I see why he’s upset, but it’s about the team.  I just needed to make a substitution to kill a bit of time. I’ve got so many strikers on the bench, I just decided to make that change.

“It was nothing personal to Moise Keane really.”

This was all before the striker's compatriot, Carlo Ancelotti, was hired as the new Everton manager at Christmas time, and the fullest expectation was that, if anyone could get anything out of the Italian starlet, that man would be Carlo Ancelotti.

But, despite Ancelotti's arrival, rumours emerged that his agent was offering him to AC Milan with an eye to a move back to Italy in January 2020; however, nothing came of the speculation and Kean gradually worked himself back into the reckoning, scoring his first goal for Everton in a home fixture against Newcastle and adding a consolation goal in the embarrassing home defeat to Bournemouth after the season resumed following the Covid-19 lockdown. During the lockdown, Kean attracted unwanted headlines when video footage of a house party appeared on Snapchat showing the footballer celebrating with friends, along with  female guests giving lap dances and other suggestive acts.

A club statement said: “Everton are appalled to learn of an incident in which a first-team player ignored Government guidance and club policy in relation to the coronavirus crisis. The club has strongly expressed its disappointment to the player and made it clear that such actions are completely unacceptable.”

With Everton adding quality to the ranks with the likes of James Rodriguez, 2020-21 was seen as the season when Kean might blossom at Goodison Park. He made his first start of the season in a Carabao Cup second round tie against Salford City but disappointed leading the line before scoring a late penalty. He came off the bench in the next round at Fleetwood Town and notched another in a 5-2 win.

With Ancelotti making minimal use of him and many fans uneasy at his sulking attitude and poor body language, even when scoring his goals for Everton, speculation over his future continued until he secured a loan move to Paris Saint-Germain just before the transfer deadline in early October 2020.

Kean was given plenty of game-time at the Parc des Princes, first by Thomas Tuchel and then Mauricio Pochettino, and in 41 appearances in all competitions, the Italian scored 17 times, including three in the Champions League. It appeared as though he had done enough to earn a permanent move to PSG but despite their cash riches, the Ligue 1 giants refused to meet Everton's reported asking price of £35m or offer anything more than another loan deal and eventually lost interest in Kean after signing Lionel Messi in the summer of 2021.

The then-21-year-old returned to pre-season training at Finch Farm and played in the 2021 friendlies but missed the opening Premier League games due to Covid-19 isolation protocols. He would start the League Cup 2nd Round tie at Huddersfield Town and score a great goal that was perhaps incorrectly ruled offside before getting shown a straight red card for a needless altercation with an opposition player.

Heavy speculation ensued linking him with a return to Juventus which eventually culminated in an unusual 2-year loan deal back to his previous club that was confirmed on transfer deadline day in August 2021. The agreement struck with Juve could eventually be worth north of €30M when Juventus make the move permanent in 2023 and various conditions and bonuses are taken into account.

Kean had limited success at the start of his loan spell back at Juve, scoring just 2 goals in 10 appearances, 6 of them from the subs bench, before he was out for  a month with 'muscle fatigue'. Things weren't that much better when he came back, even though he was involved in every squad, mostly from the subs bench, but also subbed in the second half whenever he started. He failed to play a full game all season, scoring just 6 goals.

Despite agreeing to a compulsory purchase and fee at the end of the 2-year loan, there were strong rumours that Juve were looking to move Kean on after his relatively unsuccessful season for them. In view of the purchase agreement, it would appear there would be no chance he would come back to Everton to work under Frank Lampard.