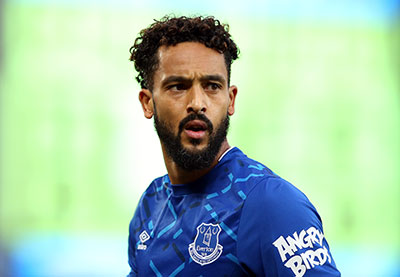 Theo Walcott has said his goodbyes to Everton after he agreed a two-year contract with his boyhood club Southampton.

The 32-year-old forward spent three years at Everton after signing from Arsenal in a £20m deal under the interim stewardship of Sam Allardyce, making 85 appearances in all competitions and scoring 11 goals.

After first-team opportunities proved to be increasingly limited at Goodison Park at the start of Carlo Ancelotti's first full season in charge, Walcott secured a season-long loan at St Mary's where he played 24 times and scored three times with as many assists.

It was always expected that Walcott would seek a move away from Everton this summer rather than seek new terms and it is no surprise that he will be remaining in the south coast.

“[T]o now have the opportunity to return for a further two years means such a great deal to me, both personally and professionally,” Walcott said after putting pen to paper on his new Southampton deal.

"I would like to say a huge thank you to the club, my teammates and the fans for making me feel so welcome back here, and I can't wait to continue pulling on the shirt in the next couple of seasons.

"I would also like to say thank you to everyone at Everton who have been so good to me throughout my time with the club, and I wish them every success in the future."

Signed for £20M on huge wages, didn't deliver in two seasons and moved on a Bosman to Southampton.

We have no right winger at the club, yet have squandered £30M in the process with fees and wages.

Still agree though he's done better and was miles better than Iwobi.

Paul Birmingham
5 Posted 18/05/2021 at 22:17:55
For me pound for pound the biggest waste of money, but there’s loads of other transfers in with the same useless, hopeless and pointless need to boosting Everton’s first team

Consistently Everton buy tripe and get the taste for tripe players.

Maybe the lessons will be learned.

Only one more of Sam's signings left to get rid of...

Iwobi was the younger version but sadly also not who we wanted and is a poorer player.

Is a right-winger really so difficult to find? Bernard, James, Sigurdsson, Richarlison, Coleman have all had a go but failed.

Bring Kenny back, tell him to play like Beckham and just put crosses into dangerous areas. You don't have to beat a man, others will have to get used to making forward runs and not playing backwards to the keeper.

Jerome Shields
14 Posted 20/05/2021 at 06:19:19
He has a better agent than Kean. Credit to Walcott for managing his finances, pity about unrealised potential as a footballer. He will avoid injury and finish his career in The States.
Bill Fairfield
15 Posted 20/05/2021 at 09:37:58
Like most players that we have signed the last few years, a failure. We seem experts at signing mentally weak footballers with the wrong attitude.
Eddie Dunn
16 Posted 20/05/2021 at 15:56:39
He is a guy who relied on pace. If he had stayed and not gone on loan I think he could have gained us an extra 5 points and that would mean euro footy.

I noticed that Saints had moved him to more of a central role (in the hole) behind the strikers. As a kid, he scored loads but as a winger, he was on the periphery.

A likable fellow but I always thought he would shit-out rather than risk injury. Better than what we have though!

That ain't happening for all the other millionaires back at HQ. He will be the exception that proves the rule: you don't shift players in their late 20s so don't buy 'em in the first place.

He is however a product of the recent decades of English football's grass roots focus. A mentality that if he's fast and single handedly wins games at U-12 he is by default the next greatest thing.

Doesn't work that way and we discount so much potential along the way with that mentality.

In fact, both of them offered the team more than I gave them credit for with work rate and some skill to go with the pace. Neither had much of a footballing brain or flair or (with us at least) end product, but we could use someone of their ilk in some of these dour games at the minute just to stretch the play.

Hopefully we get a younger model in summer with that elusive end product too.