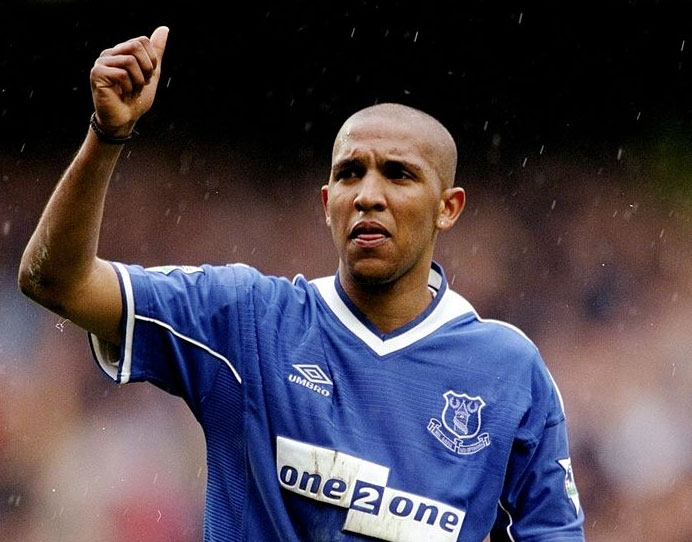 Under different circumstances, Olivier Dacourt could have been a very effective and long-standing member of Everton's team. A combative but cultured midfielder, he had all the ingredients to make a top-class Premier League player but he arrived at Goodison Park during a period of worsening financial conditions, problems under the failing rein of Peter Johnson that eventually led to the break-up of the promising team manager Walter Smith had been trying to build.

Having started his senior career at Strasbourg, Dacourt caught Smith's attention in the 1997-98 season when he helped the French club knock the Scot's Rangers side out of the UEFA Cup.

He joined Everton in the summer of 1998 for £3.8m with the personal goal of playing his way into France's squad for Euro 2000, where he hoped to make an impression on the international stage.

Without doubt, Dacourt was the star of Everton's 1998 pre-season tour. Every Everton move that looked dangerous went through him. He could run, beat a man, tackle, pass and block and he continued to make a good impression with excellent performances in the Toffees' otherwise dismal opening matches of the 1998-99 season, earning three straight Man of the Match awards.

He showed skill, urgency, determination and, in general, showed himself to be a class above those around him but his Achilles heel was the ease with which he picked up yellow cards – albeit many of them undeserved. This had a serious impact on "Ollie's" game and it cost him the cutting edge in his game as he tried to temper his aggression.

''Of the cards I have had this season, maybe two yes, but the rest have been for nothing," he complained at the time. "It is the same for (Patrick) Vieira and (Emmanuel) Petit. This is spoiling things for me now which is sad. I am making one foul and it is one yellow card straight away. For other players it is different, why is that?'

"It has got to the stage where the fear of picking up a yellow card has started to affect my game. In the game at Manchester United, I had to let one of their players go past me as I had already been booked."

Nevertheless, Dacourt could still inspire a definite lift in spirits in the team and during his sole season he was regarded, with the possible exception of Joe Parkinson, as the best midfielder seen at Goodison Park since Peter Reid.

It was disappointing, therefore, when, in May 1999, with the confirmation of Everton's parlous financial state, Olivier was highlighted as the most likely to leave Goodison to raise funds as he went public with his disillusionment at what he felt were broken promises and a lack of ambition demonstrated by the club.

Dacourt was sold to Lens for a healthy profit the following month but it was no surprise that he would be back in England within a year when Leeds United signed him for a fee of £7.2m, to bolster their midfield. He would spend three years at Elland Road, three more at Roma in Italy and another three with Inter Milan before finishing his career on loan and then at Standard Liege in Belgium. He was also capped 21 times by his country.