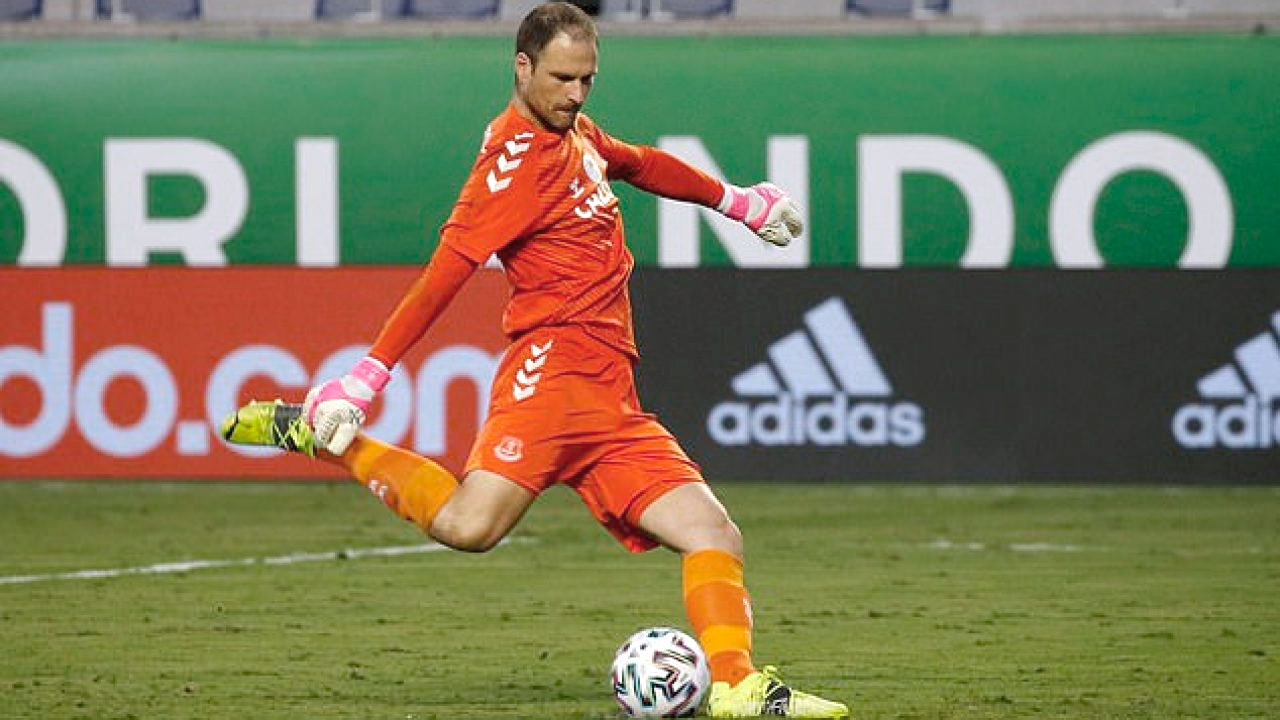 Asmir Begovic was the first new player to come into the senior squad following the appointment of Rafael Benitez as Everton manager in July 2021. The Bosnia-Herzegovina international was drafted in to provide both cover and competition for Jordan Pickford in goal, a role that had been successfully executed by Robin Olsen on loan from AS Roma the season before.

At 34, Begovic brought with him many years of Premier League experience following stints at Stoke City, Chelsea and Bournemouth prior to loan spells at FK Qarabag and AC Milan, where he was mostly named on the substitutes' bench.

He joined Everton on a free transfer from the Cherries in July 2021 and initially signed a one-year contract that was extended by a further year in 2022.

With Pickford on extended break following the delayed European Championship Finals, Begovic was the first-choice goalkeeper on the Blues' pre-season trip to Orlando that month where they played Colombian side Millonarios for the Florida Cup. The keeper distinguished himself with a couple of fine saves during the match which finished 1-1 and then hammered home from spot in the penalty shoot-out before saving from his opposite number to win the exhibition trophy for his new club.

Begovic would get his senior debut for Everton in the League Cup 2nd Round tie at Huddersfield Town, where one excellent finger-tip save, along with a strangely disallowed goal for the hosts, helped his new club scrape through on the night.

He would make four cup appearances that season and play three times in the Premier League but largely played back-up while Pickford produced a campaign worthy of taking the Player of the Season award at the end of the season after playing a big part in keeping Everton in the Premier League.

Begovic stepped in when Pickford suffered a thigh injury after his brilliant display in the Goodison derby, and kept a fine clean sheet himself in Everton's first win of the new season, against West Ham Utd.