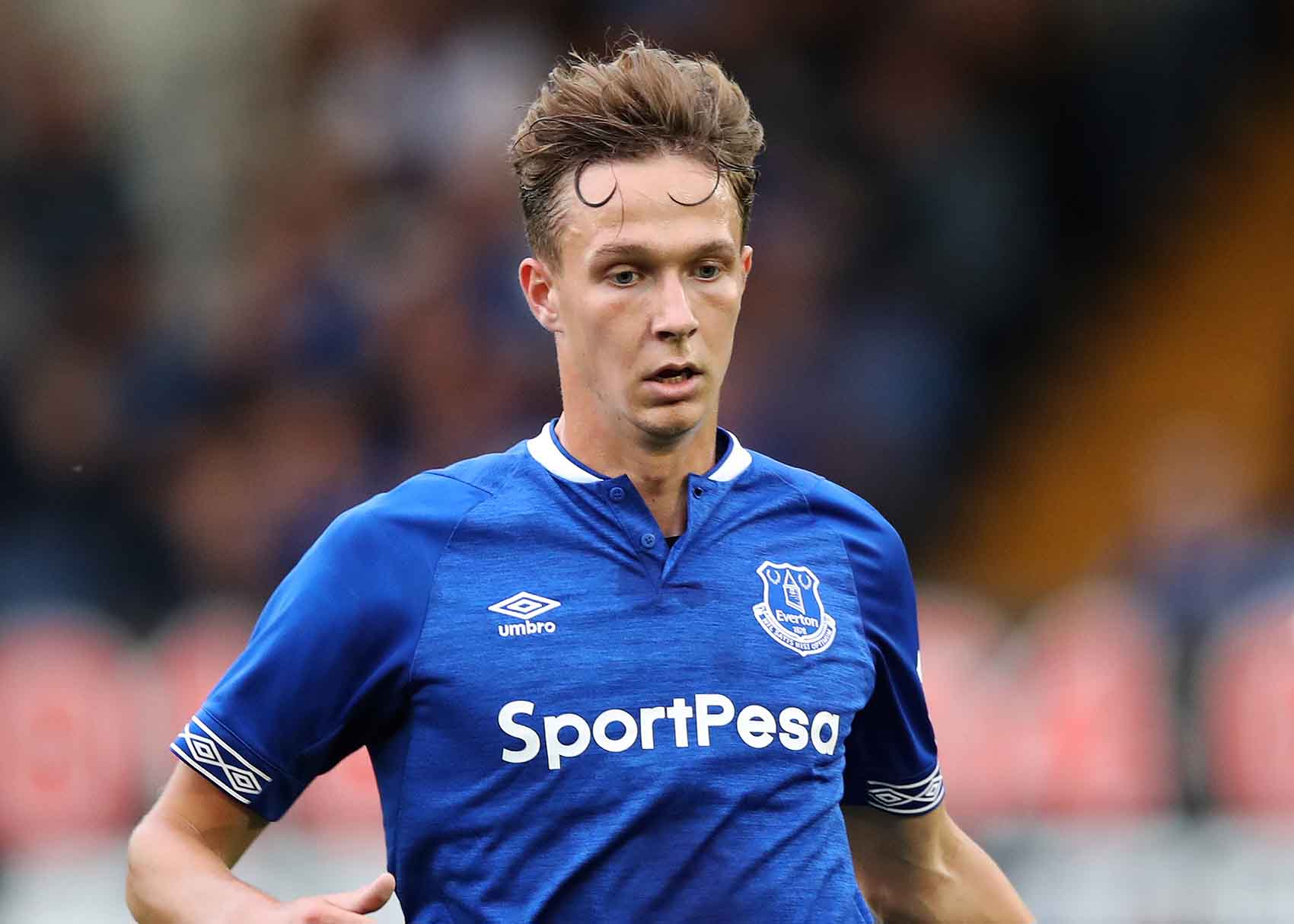 Born in Ormskirk, Kieran Dowell joined Everton aged seven and emerged from Finch Farm around 2014 when The Guardian singled him out as one of Everton’s best prospects in a feature on 40 of the world's top youngsters. Of those, only two were English, the other being his club mate Ryan Ledson who captained England to U17 European Championship glory but ended up leaving to play regular first-team football at Oxford United.

Dowell stayed at Everton, signed his first professional contract with the club in 2015 aged 17 and became a regular for David Unsworth’s Under-21s side. He would make his first-team debut for Everton in the Europa League dead rubber against FC Krasnodar in December 2014 but to wait patiently for his chance to break into the senior side, something he threatened to do over the next couple of seasons with some hugely promising pre-season perfomances in first-team friendlies.

A predominantly left-footed attacking midfielder with an eye for a the spectacular long-range goal and defence-splitting pass, Dowell seemed perfectly suited to the No.10 role that had proved difficult to fill at Goodison Park prior to the arrival of Gylfi Sigurdsson in 2017. His vision, touch, and balance are all top class and he showed great promise of becoming an attacking force operating from the right. His laconic style is deceptive as it can hide his better skills, notably his ability to play quick, forward passes, his dead-ball kicking, crossing and finishing ability. However, he picked up an ankle injury in 2015 in what could have been his breakout season.

The senior setup would remain elusive, however, even after he regained fitness. Whether he was regarded as too light-weight or inconsistent, the local lad wasn't deemed ready until after Roberto Martinez was sacked in the spring of 2016 and Dowell was one of two youngsters handed their Premier League debuts by caretaker manager David Unsworth in the last game of the season against relegated Norwich City. Dowell caught the eye, setting up the first of Everton's three goals as they ended a traumatic season on a high. In June 2016, he was awarded a new 3-year contract after Ronald Koeman had been appointed as the new manager.

Despite playing an important part in the Under-23s triumph winning Premier League 2, he was not rewarded with any involvement at the senior level, but would be picked as one of five Everton players for the England team that would go on to win the U20 World Cup in South Korea. A couple of excellent strikes in pre-season did not convince Koeman to give him an opportunity to show what he could do in the early qualifying rounds of the Europa League; instead, he was dispatched to Nottingham Forest on loan for the full season.

He made a dream start in the Midlands, attracting plaudits from his manager and Championship observers and the adoration of Forest fans, notching nine goals in 31 league appearances, including a hat-trick against Hull City in October and weighing in with a number of assists. Dowell's form went off the boil somewhat following a managerial change at the club, however. Former Middlesbrough manager, Aitor Karanka, was brought in to replace Mark Warburton and Dowell wasn't able to replicate his sparkling form from earlier in the campaign playing in a wider role under the new boss.

This left some uncertainty for the young star as he looked to run out his loan spell at the City Ground. “I'll see what happens in the summer,” he told the Nottingham Post. “Obviously, if I'm in Everton's plans then I'd love it, but if not I wouldn't rule out [returning to Nottingham Forest].”

Hope remained at Finch Farm that, fresh from the experience in the Championship, Dowell could become the next player off Everton's impressive Academy production line to solidify a place in the Blues' first team in the 2018-19 season. He underlined his potential value, slotting in the winning goal for England U21s at the Toulon Tournament, their third trophy win in succession and featured in all but one of Everton's pre-season games under the watchful eye of new manager, Marco Silva, who would agree a 3-year extension to his contract in August 2018.

That earned him an appearance in the League Cup against Southampton but in what was a generally poor display all round by Everton, he was hauled off at half-time. His appearances for the U23s became less frequent and it was little surprise when another loan move was negotiated with a Championship side, this time Sheffield United, running through the second half of the season.

Dowell initially seemed to blow hot and cold, making as many starts as appearances off the bench, and scoring only two goals early on but, by the end of that season, he had helped the Yorkshire side into the Premier League as runners-up to Norwich City and there was talk of a permanent deal to keep him at Bramall Lane.

Instead, another loan move was negotiated, this time to Derby County for the 2019-20 season but after just eight starts for the Rams, he had his loan term there cut short due to lack of game time, in exchange for another loan at Wigan Athletic for the remainder of the coronavirus-affected campaign. He was part of the Latics' brave but unsuccessful effort to avoid the drop to League One following a 12-point deduction and scored a memorable hat-trick in an 8-0 win over Hull City.

He ultimately joined Norwich City on a permanent deal in late July 2020, and helped them gain promotion back into the Premier League.