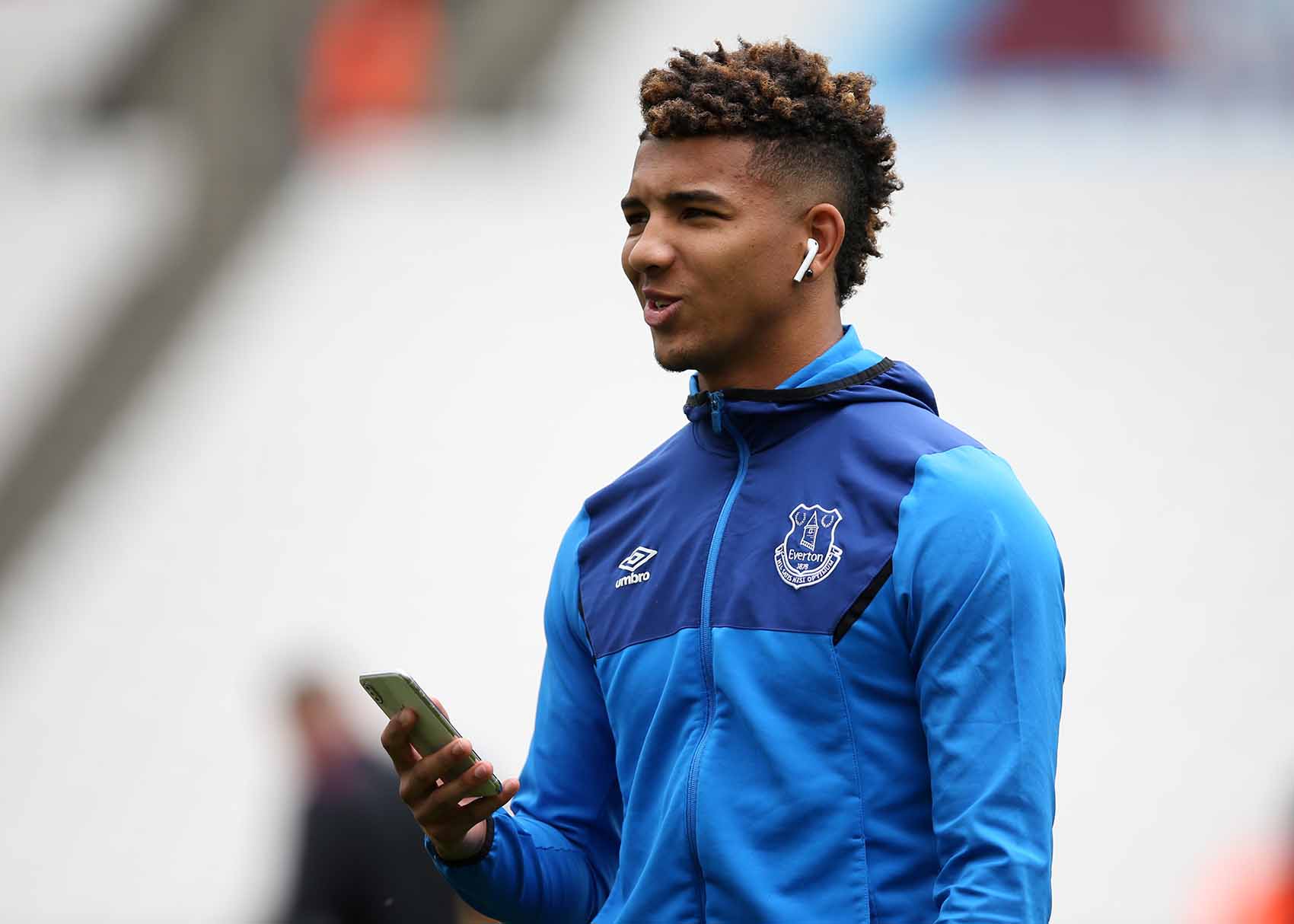 Having pried Jones Stones away from Barnsley in January 2013, Everton returned to Oakwell two years later to persuade the Tykes to part with another of their promising defensive youth products in the form of Mason Holgate. Ironically enough, Stones was in the throes of a transfer saga with Chelsea as Holgate joined Everton and the Doncaster-born player would outlast his former Barnsley club-mate with the Blues when Stones eventually joined Manchester City in a big-money move the following year.

Curiously enough, the first match that Holgate was involved in for Everton was against his former club in a League Cup tie, one which was believed at the time to be Stones's last appearance but the club successfully resisted concerted efforts from West London to sign him.

Holgate, who can play at centre-half or right-back, was handed his professional debut by Barnsley in December 2014 and went on to make 20 appearances in League One and two in the FA Cup that term. Holgate would be an unused sub in that Barnsley game for Everton and would only appear on the subs bench for a couple of Premier League games at the senior level in his first season at Goodison Park, essentially overlooked by then boss Roberto Martinez but was a regular for David Unsworth's Under-21s.

He was called up for the first-team's pre-season training camp in Austria in the summer of 2016 and his breakthrough would come under the new manager, Ronald Koeman, who went on to name him in every single squad over the entirety of his first season as boss (Premier League and the cups). Holgate would also play every match of England U21s' 2017 European Championship campaign.

He got to start the first few Premier League games at right back with Seamus Coleman out injured and was on the bench if not picked to start a handful of times until the Irishman broke his leg at the end of March 2017. He then finished the season continuing in that full-back role, even though it would later become abundantly clear that he was a better centre-half.

Holgate played sporadically as Koeman sought but failed to find a more solid defensive formation during the increasingly poor start to what would be his second and final season in charge at Goodison Park. Unsworth used Mason sparingly during a fraught caretaker-manager stint and it was only when the unpopular hire, Sam Allardyce, was hauled in by a desparate Farhad Moshiri in October 2017 to ensure that the Blues stayed up that Holgate, at least initually, saw more regular playing time.

An ankle problem that would require surgery kept him out of the side during the final part of the dreadful 2017-18 campaign and tendonitis in his heel would disrupt his pre-season under new manager, Marco Silva, but he was neverthless upgraded to the No 2 vacated by Morgan Schneiderlin that summer, a sign no doubt that the club very much viewed him as one for the future.

As the 2018-19 season kicked off in earnest, he played in some early games only because the new defensive entourage of Kurt Zouma and Yerry Mina arrived unfit but despite his experience at Premier League level, it was deemed best for his continuing development that he should go out on loan to the Championship with West Bromwich Albion for the second half of the season.

Holgate got some solid playing time for the Baggies, starting 19 games as they fought to regain Premier League status, and this would be regarded as a successful spell for the young defender despite him being played in his less-favoured position at right-back. He came close to securing a playoff final for his loan club but it finished in disappointment as he missed the first spot-kick in a penalty shootout defeat to Aston Villa.

He returned to Everton for the 2019-20 season with his future very much in the air and talk that he could be sold but was eventually retained as one of just three senior centre-halves after veteran skipper Phil Jagielka had been released on a free transfer, Zouma had returned to Chelsea and Everton had failed, somewhat controversially, to land a replacement during the summer transfer window.

Given those numbers, Holgate inevitably got his chances that season and as Silva's tenure crumbled, the young defender emerged as the most dependable of a central defensive trio rounded out by Mina and Michael Keane. Everton secured Holgate to an extended contract in March 2020 after the defender agreed to new terms with the club, signing a new 5-year deal to ward off interest from the likes of Manchester City.

Holgate had been in sparkling form under new boss Carlo Ancelotti, at least until the tail end of the disrupted 2019-20 campaign when he picked up a shin injury, and he cited the forward progress at Goodison Park and the desire for silverware among the reasons why he committed his future to Everton:

"The direction the club is going, it is a great club to be at and I am really excited about it," Holgate said. "We want to move to the next step and push for bigger and better things. I want to win things - and winning some silverware is where I see us."

He would switch to wearing the No 4 shirt at the start of the 2020-21 season, more befitting of his primary role as an increasingly commanding centre-back. However, his start to the season was dealt a massive blow with an injury in pre-season that would keep him out for the first 2 months and his performance levels and concentration dropped off after that as he failed to reach the heights of the previous season.

With Everton desperate to offload players to cut their wage bill in Summer 2021, it was rumoured late in the transfer window that Holgate was wanted on loan, specifically to Newcastle, but the move failed to materialise, reportedly because the Magpies didn't want to pay the loan fee Everton demanded.

Then manager Rafael Benitez was slow to make use of Holgate in his increasingly faltering side and a red card in November against Tottenham in stoppage time didn't help his cause. However, injuries to Yerry Mina, Ben Godfrey and Fabian Delph saw him get more action in the winter months after his suspension, with him playing in all but two games under the new manager once Frank Lampard took over the reins.

Whereas there had long been questions about Holgate's concentration levels, consistency and application under some of the Blues' managers under whom he played, he seemed to respond well to Lampard who made him a fixture at centre-half for the remainder of the season as Everton successfully battled their way clear of relegation, with the defender bagging a couple of goals along the way and a key assist in the decisive home game against Crystal Palace where the team guaranteed their top-flight survival.