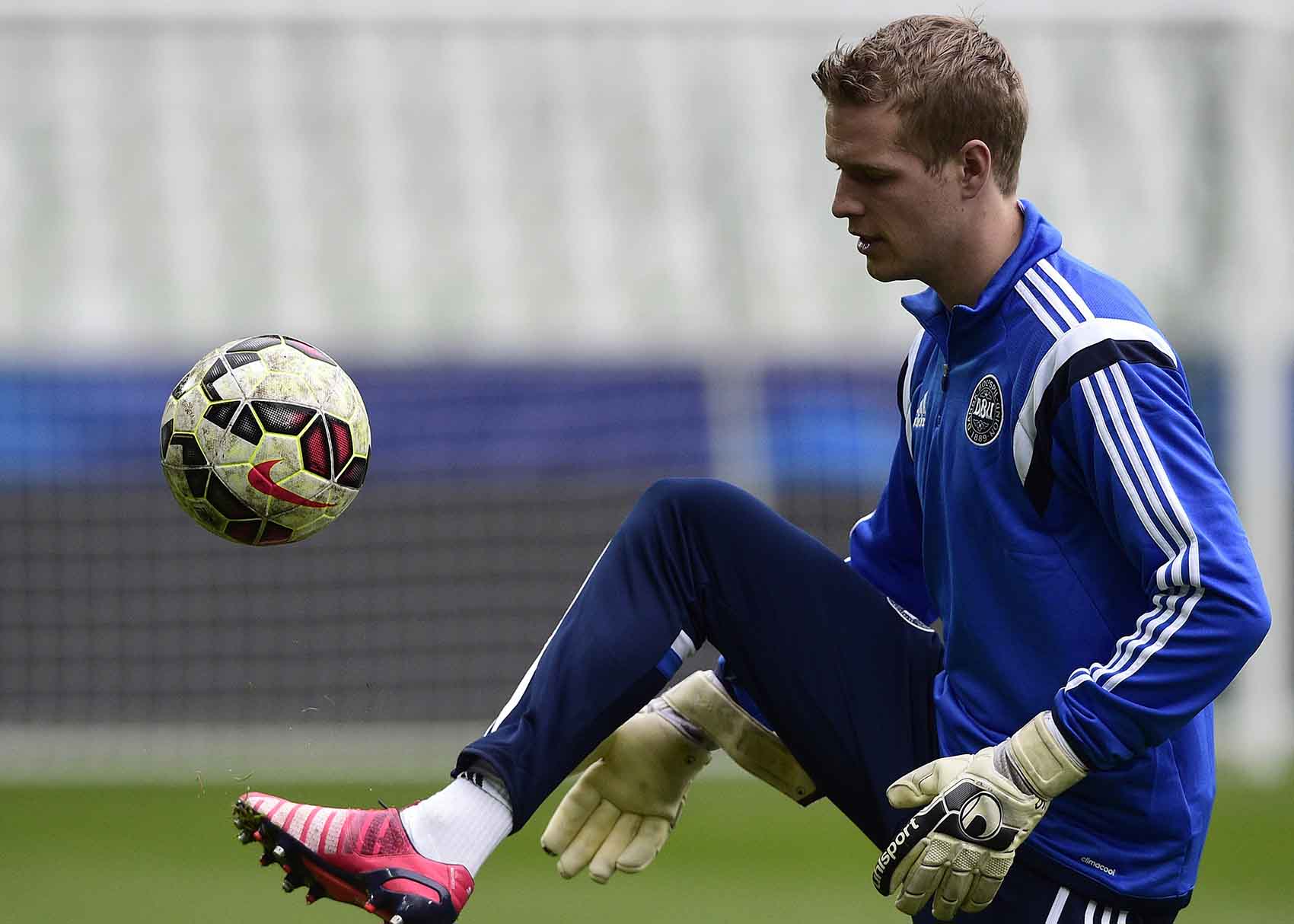 Everton made goalkeeper Jonas Lössl their first signing of the 2019 close season transfer window when they picked him up as a free agent as back-up to Jordan Pickford in May 2019, with his contract officially starting on 1 July.

The then 30-year-old, whose contract expired at Huddersfield that June, was an established Danish international who began his career at FC Midtjylland in his home country before moving to France with Guingamp and then Germany with Mainz.

He was initially loaned to Huddersfield for the 2017-18 campaign but then joined the Terriers on a one-year deal and made 69 appearances in all at the John Smith Stadium.

Everton dispensed with three of their junior keepers in 2019: Hewelt, Renshaw and Hilton, with Joao Virginia, who was thought to be Pickford's understudy, going out on loan at Reading, leaving Lössl to compete with Maarten Stekelenburg for the reserve keeper spot in the Everton first-team squad.

There were media claims that Lössl doubled the £28,000-a-week he was on at Huddersfield Town when he signed for the Toffees he wouldn't play a single game for the senior team in his short stint before returning to the Huddersfield for the second half of the 2019-20 season in Jauary 2020 after Kamil Grabara picked up an injury.

It was reported that the 31-year-old Dane had agreed a significant pay reduction to return to Yorkshire and he would play seven games in the Championship before the COVID-19 pandemic caused the premature shutdown of the competition in March 2020. However, he carried on his new mission of helping to save Huddersfield from  relegation when play resumed, extending his loan agreement until the end of July 2020.

"Jonas has been exceptional, he just brings a wealth of experience, a calmness and has a real presence as a human being, not just on the pitch but also off the pitch," said manager David Cowley at the time. "It's been an absolute pleasure to have him with us and I know a big part of wanting to bring him here is that he has Huddersfield Town in his heart.

"He has brought an awful lot to our group, we have absolutely loved having him with us and, on top of that, he is a bloody good goalkeeper. So he has been a real bonus for us."

Going into the 2020-21 season, Lössl's status at Everton was uncertain, with Virginia named on the bench for the opening game and then handed his senior debut in the Carabao Cup tie against Salford City in September. Lössl had played the second half of Everton's first pre-season game at Blackpool but was not in the squad for either of the early games and his position was clouded further by the Toffees' loan acquisition of Robin Olsen on transfer deadline day.

Lössl was named among the first team's substitutes on a number of occasions over the first half of the campaign without ever making it on to the pitch and, with manager Carlo Ancelotti expressing his desire to sign Olsen on a permanent basis, it was no surprise that Lössl became the subject of media reports linking him with a move away.

However, that move did not happen until deadline day of the next transfer window, on 1 February 2021, by which time it was clear that he had no future at the club and he was released to rejoin Midtjylland in his home country.