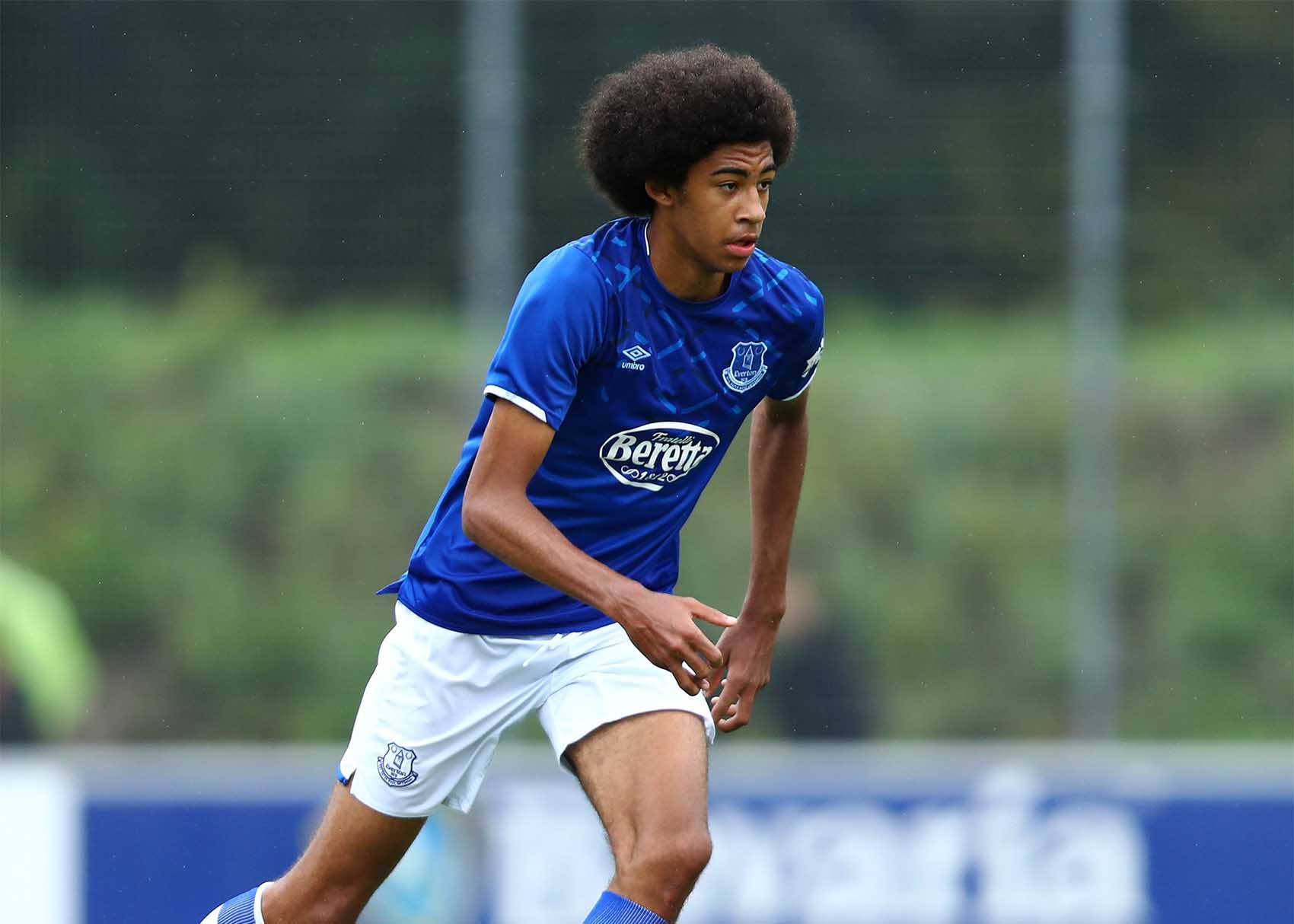 Tyler Onyango has been part of the Finch Farm Academy since the age of eight, and made his breakthrough into the Under-18s side in the 2018-19 season.

Coach Paul Tait described Onyango as a ‘machine’ due to his physicality on the pitch.

Tait, however, urged for patience in his development, saying the player still has a lot to learn.

“His out-of-possession stuff is very good, but I wouldn't get too carried away. I think we get too carried away sometimes and build these young players up. I think he's still got loads to do, I've watched all of his Under-23 games and he's done some good bits and some bits where it's been a bit too quick for him which is understandable because he's only 16,”explained Tait.

Tait also described Onyango as a ‘lovely mover’ when his team is in possession and highlighted they were working on how he handles himself in tight areas.

"Open the pitch up and you can see, he can run, he's a lovely mover, so on a big pitch he's fine. But the work we've been doing with him and the work that we have to continue is working in tight areas in midfield," Tait concluded.

Onyango made nine appearances for the Everton Under-18s and was on the scoresheet when the team put 10 past Sunderland and his development was fast-tracked in October 2019 after David Unsworth handed him his debut with for the U23s in a Premier League International Cup tie against PSV Eindhoven.

The gangly midfielder was involved in the Blues’ goal that night, as his pass to Denis Adeniran saw the ball end up in the back of the net via Anthony Gordon.

“He's been training with us for a couple of weeks now and he's been performing like that in training," Unsworth explained. "I've had to find a position and a role for him in the team because his training performances have warranted him being in the team,” , expressing his confidence in the youngster.

As a demonstration of how highly-regarded Tyler was, he was handed signed his first professional contract in July 2020 at the age of 17, a 3-year deal that would run through June 2023.

At this point, a regular member of Unsworth's U23s team, Onyango was also an England Under-17 international.

He would get to train with the first team and make his senior debut for 5 minutes at the end of an FA Cup tie against Sheffield Wednesday. Then he would be a sub listed for seven Premier League games as part of a bench expanded to 9 players, most of whom were there to just make up the numbers with Carlo Ancelotti reluctant to actually give any of the budding youngsters a proper taste of the big time.

The season should have been Tyler's breakthrough to really show his mettle for the Under-23s but he only scored 2 goals before suffering a broken ankle and significant ligament damage that would bring an early end to his season and keep him sidelined for the rest of the season, the entire pre-season and the first few months of the new 2021-22 season..

But he made his comeback after nearly 7 months of recovery and retraining, playing 80 minutes for the U23s against Leeds Utd in October 2021. Rafa Benitez would also bring him back to the senior subs bench and give him two 1-minute cameos as a late sub in games against Man City and Chelsea. Duncan Ferguson gave him 25 minutes against Aston Villa but a hernia problem then cut short his season, requiring an operation.