Ozan Tufan isn’t exactly a household name in European football just yet... but he will be. The Turkey international has attracted plenty of attention in the transfer window from a number of Premier League clubs but the Toffees may be about to pip the likes of Manchester United, Liverpool and Tottenham Hotspur to the Fenerbahce man.

Ozan Tufan isn’t exactly a household name in European football just yet... but he will be. The Turkey international has attracted plenty of attention in the transfer window from a number of Premier League clubs but the Toffees may be about to pip the likes of Manchester United, Liverpool and Tottenham Hotspur to the Fenerbahce man.

Tufan is a supreme talent and at just 21-years-old, he is only going to grow and mature into an even better player. Last season, Everton lacked energy and desire in the middle of the park and Tufan would give stability and assurance in front of the back four. While Gareth Barry and James McCarthy are capable of ‘doing a job’, Tufan has the potential to blossom into a world class holding midfielder, and that is why Everton should snap him up now.

As a player, he is also adaptable and the youngster played on the right-hand side on multiple occasions for Fenerbahce last season. Everton lacked ability in wide areas last season, especially when Aaron Lennon and Gerard Deulofeu were off the field and Koeman may view Tufan as somebody who could slot in well and form a great relationship with Seamus Coleman down the flanks. After all, versatility is ALWAYS welcomed. 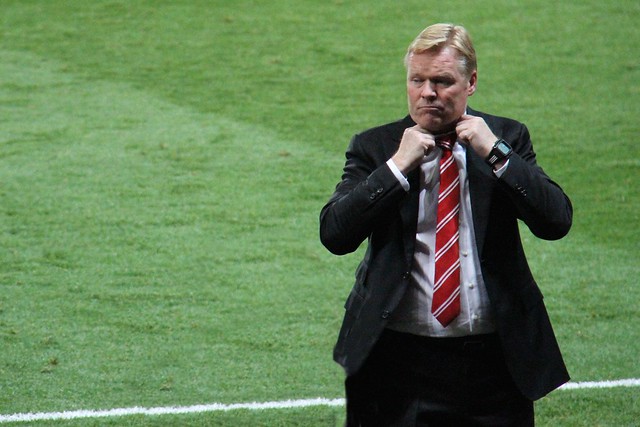 
With reports suggesting that new head investor Farhad Moshiri will give Koeman upwards of £80 million to spend this summer, Tufan is a realistic target. In years gone by, Everton have sat and watched their rivals spend huge sums of money in the transfer window but now it is our turn. The Toffees aren’t widely known as a ‘buying club’ but that could all change with Moshiri’s funds and guidance this summer.

If nothing else, Koeman must make wholesale changes to the Everton squad. Martinez never really clicked with the supporters but Koeman’s likeability and ability to transform the entire club’s ethos should appeal to the fans. Just look at what he did with Southampton, and all despite losing players to the bigger clubs throughout his tenure. His work was quite amazing and most Everton fans are excited to see what he can do at Goodison Park.

As of June 30th, Everton are priced at 7/2 to finish in the top six in bet365’s football betting markets and the Toffees aren’t too far away from achieving that goal. They have enough young talent to build around and the likes of Tufan will only help to enhance their prospects of climbing back into the European places. Everton must now focus on completing the deal and bringing the young Turk to the club. Whatever the fee, he’s worth it.

Ozan Tufan isn’t going to solve all of Everton’s problems but he is certainly going to be a great addition at Goodison Park. He is calm, composed and reliable in possession, something that Koeman lives by and the Dutchman will see him as an integral piece in his grand plan at the club. At 21-years-old, he has time to mature and grow even further and he could blossom into a truly dominant force at the heart of Everton’s midfield.

But don't we have more CMs than any other position? We'll have to be moving a few on hopefully.

Tom Bowers
8 Posted 12/07/2016 at 10:38:44
Everton have a few players to slot into right midfield and the question is who is going to have the most desire to make it their own. They have Deulofeu, Lennon, and Mirallas as ''right midfielders" although they can alternate to the left also.

There is also Besic, McCarthy and Coleman when he goes forward although his advanced role was rather limited a lot of last season. Methinks one or two will become surplus to requirements by the end of August.

Steavey Buckley
9 Posted 12/07/2016 at 11:22:00
Everton's back four should be the manager's immediate concern. Collectively, they conceded 59 Premier League goals, and always looked like conceding from corners and set-pieces.

And because Barry and McCarthy had to keep covering for them, it allowed a gap between them and those in front of them, giving the opposition time and space to run at the Everton defence.

Fair point. It looks like the manager has seen a weakness in the current personnel he is not happy with.
If he pays big money for a centre half he will obviously be starting. It will then be one from Funes Mori, Jags or Stones who partners him.

However, due to age and his first big transfer, he will be under stress. He passed his first big stress test last year with Fenerbahçe where 25 thousand fans were heavily forcing him to develop in 3 months. He will be an asset with help of fans and manager assistance.

In worst case, he still will have many asking for him in Turkey, the Bundesliga or Richies.
Deniz Yz
12 Posted 12/07/2016 at 23:21:53
I’ve been watching football for the last 30 years. Here are my suggestions from Turkey.

Mehmet Topal – Defensive midfielder. I would buy him without wasting a second. A very good character, mental strength, heavy defensive skills, good contribution to offense if the manager supports this; does not miss matches (out for two weeks now after years).

Sener – Right-sided defender. Huge potential with strong offense contribution. Must be Turkish Nt Dr now, he will be.

Kjaer – By far the best central defender in Turkey. He developed in one year – really. A true leader and fighter.

Please do continue and thank you for the insight. I thought several of those mentioned were good the few opportunities I have had to watch them but I also thought one or two were a little long in the tooth?

I watched Hutchinson play for Canada. One of the few bright spots. Keep them coming!

Turkey have always produced some excellent solid defenders and extremely good creative midfielders but I can't think of any exceptional goalies or strikers...

Is that a fair statement, and if so do you have an idea of why?

Frank Wade
16 Posted 15/07/2016 at 17:21:55
Not exactly a household name in European football? He is known to me and others for his complete lack of effort in closing down the Modric shot for Croatia which decided the match in the Euros.

A central midfield player casually making his way towards the ball, fixing his hair as he went, with absolutely zero interest in getting hurt or a block in. Absolutely no way.