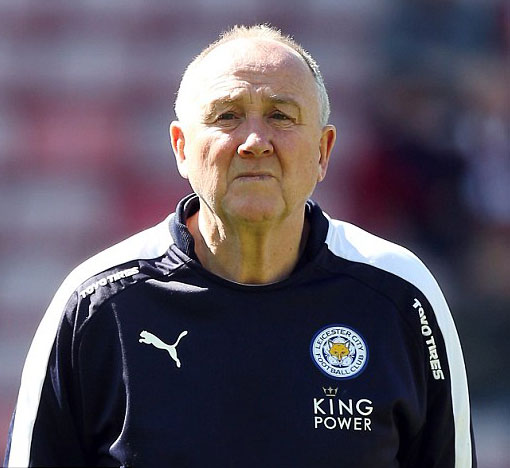 Steve Walsh has held discussions with Ronald Koeman regarding potential signings over the remainder of the transfer window.

The Liverpool Echo say that the duo have made another goalkeeper, the midfield and attack reported priorities as a deal for Axel Witsel remains problematic.

Walsh became Everton's first Director of Football last Thursday when he left Leicester City and signed on for four seasons with the Blues.

Everton have been linked with a slew of names over the course of the summer, with Stoke City's Marko Arnautović the latest to be mentioned, but to date only Maarten Stekelenburg has been added to a squad that has lost four players already and could be depleted further in number by the departure of Oumar Niasse.

Reports from Turkey from a number of different media outlets claim that a loan deal with a possible option to purchase the Senegalese striker is close to being completed. This while the Echo report that Niasse has now accepted that his Goodison adventure is over just a few months after he signed on transfer deadline day in February.

I'm happy to wait till the end of the window if it means getting the right players.

And then I'd be pretty happy/excited!

So lets not denegrate the young lad, just because he is built like a brick shit house at a young age.

Completely agree with you!

First choices would be:

Of the rest, I'd be happ with any one of them joining.

As for Robbie Brady, again I would be very happy with him! Great attitude, and can play in a variety of positions – plus he can add a lot of the bench.

Everything has been a complete shambles under Kenwright. Its not just the Niasse debacle. What about Mattioni who we paid 㾻k a week all last season and never played a game. It was obvious from his record he was never going to be fit. Hibbo started 6 games in 4 seasons yet got 2 contract extensions in that period.

When Paul Gregg left, he told us Kenwright hadn't got a clue how to run a football club and so it proved.

Either way, the goings on in the background at Everton were very very shady with Green and Earl and Kenwright... and Kenwright takes a lot of that blame.

The figure I saw reported (don't ask me where..) was much less than £15k a week. He was only on extended trial here to help him get fit if possible, with a view to a possible deal.

We'll be able to start an ice cream shop soon

1.) Leno - excellent keeper
2.) Van Dijk - great player, knows the prem
3.) Vilhena - great player, can do it all. Sure he was linked with Southampton will Ron was there.
4.) Ziyech - class
5.) Haller - young, relatively cheap striker
6.) D.Propper - good all round central midfielder

A couple of players I really like too are a lad at Feyenoord called Bilal Basacikoglu and a lad at PSV called Gaston Pereiro. Both very promising young midfielders with a lot of talent but still very raw...need to snap them up now

Is it obvious I watch a lot of dutch football?....Hehe

Steven Kendrew
34 Posted 26/07/2016 at 20:12:38
Re: Goalkeepers. I like David Marshall, although he is knocking on a bit and currently injured. I see Hull City are interested at present despite this. He was superb in the Premier League.
Northern Ireland's Michael McGovern could also be an option. But, I would take Butland if available. :-)
John Louis Jones
35 Posted 26/07/2016 at 20:41:12
Colin #32 Brilliant spat out my tea
Mick Davies
36 Posted 26/07/2016 at 21:49:55
"Everton's new Director of Football has held discussions with Ronald Koeman regarding potential signings" = slow news week.

Getting sick of people making shedloads of money for making up shit stories â€“ they should all be forced to reveal their sources or get sacked.

Young Tom Davies was another who impressed tonight, he is a good prospect and might be able to fill a midfield position this year.

Some of the prices being quoted for players are frightening. I'd suggest that our main priority now is a striker. No Niasse or KonÃ© again tonight, we are currently playing Del Boy up front, and Lukaku is still on his holidays. We are looking like being short up front at the start of the season. I'm hoping Koeman can bring in an upcoming gem from Holland or somewhere, a prospect who can challenge Lukaku, or play with him, when required.