Everton have signed an agreement with SEGA and Sports Interactive for Football Manager to become the Club's latest partner.

The Blues have joined forces with the world's most popular football management simulation game and will see the iconic Football Manager branding feature on key assets such as LED boards and interview backdrops at Everton's historic Goodison Park as well as at the Club's state-of-the art Finch Farm training facility.

Football Manager will also collaborate with the Club on creating exclusive Everton content as well giving fans the opportunity to win copies of the next Football Manager title.

Developed by Sports Interactive and published by SEGA, the Football Manager series gives gamers the chance to take control of a football club in what is the most realistic, in-depth and immersive football manager simulation game available. 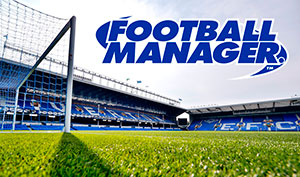 Miles Jacobson, Studio Director at Sports Interactive said "The founders of our studio are Everton supporters, so I know very well just how passionate and loyal the Everton supporters are and we're delighted to be working closely with the People's Club again.”

“They were actually our first top flight partner on Football Manager nearly a decade ago, so it's lovely to be back working with a club who not only do great work in the community, but also have an ever increasing global reach both of which will hopefully help us reach new heights for all of our Football Manager titles.”

Everton's Head of Commercial Alan McTavish added: "We're thrilled to have been able to sign SEGA and Sports Interactive's iconic Football Manager title as a partner. Like Everton this is an ambitious brand and we look forward to working together on this exciting and rewarding partnership to meet SEGA and Sports Interactive's objectives as well as deliver interesting content and opportunities for our fans."

Football Manager is the second new partner acquisition for Everton's commercial team this summer following the agreement with William Hill that saw the giant bookmaker become the Club's new betting partner in the UK and Europe.


Kristian Boyce
1 Posted 11/08/2016 at 16:12:44
Just hoping this deal will make us amazing again in game like the old Championship Manager's, when the Collyer's were in charge of it. Pretty much guaranteed league title in the first 1-2 seasons every time you played the game.
Peter Fitzpatrick
2 Posted 11/08/2016 at 16:36:47
Hope this means we'll have our proper badge and kit on it as well.
Ian Burns
4 Posted 11/08/2016 at 19:41:04
I am too old to understand these Management Simulation games - at least as far as football is concerned! I am still amazed that I can send an email across the world and it arrives in seconds when I grew up waiting for an Airmail letter to arrive for weeks on end! If Management Simulation benefits our club - then welcome SEGA and Sports Interactive - you have just joined one amazing football club.
Andrew Yates
5 Posted 11/08/2016 at 20:34:25
I am currently playing Championship Manager 94, loving every minute! It's developed so much over the years but enjoying trying to sign Duncan Ferguson from abroad??!!!

Football Manager as a partner can only do good things for the promotion of Everton Football Club.

By the way Niasse is pants on Football Manager as well, so god knows where they got that scouting from.