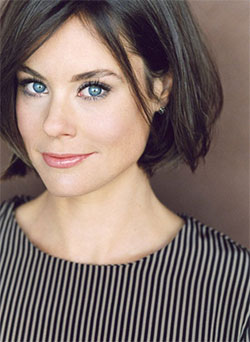 The other Ashley Williams has taken her case of mistaken Twitter identity in humorous stride this week, engaging in Tweets with Evertonians and changing her header photo on the social network to match.

Williams, an American actress known across the Pond for roles in How I Met You Mother, Saving Grace and now The Jim Gaffigan Show, saw her mentions on her @imthesmash Twitter account light up earlier this week when Everton unveiled their new signing from Swansea City.

The Welsh Williams, the Blues' £9m acquisition from the Liberty Stadium, doesn't have a social media presence and fans wanting to congratulate him via Twitter quickly mistakenly seized on his namesake's handle instead.

"Hey all soccer fans who are congratulating me about #AshleyWilliams move to Everton: watch #TheJimGaffiganShow!,” she tweeted. ”Also I'm terrible at soccer."

@ToffeeNews replied saying: "Wait we didn't sign you? I'm a little disappointed really,” to which Ashley responded: "I'm more than happy to take the money, tho! I'll sign whatever you need."

She has since changed her bio to read: “I'm terrible at soccer but you should watch my TV show #TheJimGaffiganShow” and then bettered that by adding a headshot of hers superimposed onto a photo of Everton's Williams posing at Finch Farm as her profile header image.

I'm posting my innermost thoughts again aren't I ?
Nothing entirely incorrect through ?