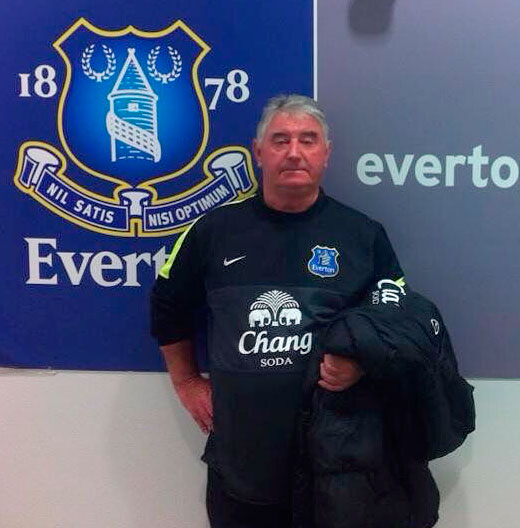 Evertonians, including a number of players still active today thanks to his talent-spotting and mentorship, were saddened to learn today of the passing of Sid Benson aged 74.

The former scout built a sterling reputation on Merseyside and is credited with discovering the likes of Francis Jeffers, Danny Cadamarteri and Ross Barkley for Everton, ushering Wayne Rooney through his early years at the club and bringing Leighton Baines to the Blues before he was eventually released to Wigan.

Indeed, Baines has described in the past how much he owes Benson for his top-flight career as it was Sid, a friend of Leighton's grandfather, who helped arrange a trial for him with the Latics after his Everton dreams were crushed as a teenager.

Both Barkley and Jeffers have taken to Twitter this evening to express their gratitude to Benson for all he did for them:

Sad to hear Sid Benson has passed away today, only spoke to him last night. Rest in peace mate, thanks for everything.


No words can describe the sadness today , SID you are a absolute legend I can't thank you enough for all you done for me RIP mate 💙💙💙💙

Mick Davies
2 Posted 18/08/2016 at 03:00:35
The Everton family... I hope we never lose this aspect of our wonderful club, wherever we play. Condolences to both families: Benson and Everton.

Condolences to all the family.

Tony Abrahams
9 Posted 18/08/2016 at 20:29:41
Very sad to read about the passing of Mr Sid Benson. Sid was a scout for many years, and I got to know the man personally when playing at the Dockers Club, for The Sandon, a long time ago.

A proper football man, who obviously had his own opinions judging by some of the kids he has sent to Everton over the years. Kids who have gone on to become full internationals, and have also made the club plenty of money along the way.

Sid, was a proper, proper football man who would always try to help people but the thing that always struck me about the man was how much of a good listener he also was. (It's a very rare talent!)

Gutted to hear such very bad news about a man who it was always a pleasure to see, and I know he's going to be such a very big loss, not only to Everton FC, but to the whole of local football in general.

RIP, Sid â€” I won't be the only fella who is going to miss your little knowledgeable smile.

Deepest sympathy to all of the Benson family, also to the Everton family who all respected Sid so much.