Bolasie in line for Everton debut against WBA 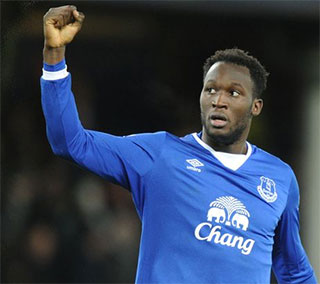 Romelu Lukaku will undergo a late fitness test along with Ashley Williams
Yannick Bolasie will be included in the squad to face West Bromwich Albion this weekend and is likely to make first appearance following his £22.5m move from Crystal Palace.

Everton play their first away game of the new season when they travel to the Hawthorns but while one new signing is likely to be making his debut, Ronald Koeman will make late decisions on whether to start Ashley Williams and Romelu Lukaku.

Bolasie had a full pre-season with Palace and played last weekend, coincidentally against the Baggies, as a substitute but Williams returned late from Euro2016 and Lukaku is recovering from the gash to his heel he suffered in the friendly against Espanyol.

Koeman explained in his pre-match press conference that the Belgian has had one training session this week and that like Williams, his readiness will be assessed tomorrow before the final starting XI is selected. Seamus Coleman is expected to be out for another two weeks.

“[Bolasie] will be part of the squad but whether he starts or is on the bench, that we will decide tomorrow, "Koeman explained during his presser.

"[Williams] is a decision we need to make tomorrow because we know that he started pre-season late. He had four, five days last week but he's close to being part of the team and he will be in the squad for Saturday.

It was the first opportunity for the television media to quiz Koeman over the big-money acquisition of Bolasie, one that the manager admits is a big move for both parties, and he is confident the Congolese international will make his mark at Goodison. “When you've paid that amount of money for a player, it's really an important transfer," the Dutchman continued. "We've known about his qualities and he was on my list for a long time because I think he's that type of striker.

“Physically, he's fast, he has pace and a great mentality. His work-rate is high, he gives the team energy and he's one of the best wingers in the Premier League.

I thought he was more of a winger but this suggests that he could start upfront; with maybe Rom starting on the bench.

'...and he's one of the best wingers in the Premier League.'

I hope he starts.

My choice would be:

I agree with you on the score though.

Play them together as much as possible until that deadline. If they gel, it would be a major factor in keeping Rom, although the same could be said of the opposite.

Keep them apart in case they don't gel, hoping their friendship and promise will keep Rom interested â€” that and 𧴰 grand a week, of course.

Stekelenburg, McCarthy, Jagielka, Williams, Funes Mori and Baines with Gueye and Barry or Barkley in midfield.Mirallas or Deulofeu wide right; Lukaku and Bolasie

Lukaku advised Bolasie to sign for us, so that bodes well for the big fellow staying for another season.Koeman has made some really clever signings so far.

Objectively, if you had 27m to spend on a player would it be Bolasie or Big Ben?

I hope come 5pm Saturday that the Baggies groundkeeper is installing a new net because Bolasie has the ripped the back out of it!

For us I'd say Bolasie, assuming we keep Rom.

Probably a good set of deals all round.