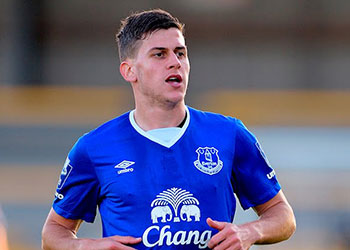 Leandro Rodriguez's frustrating spell in England is over after he made a move back to his home country with Danubio FC.

The 24-year-old was signed by Roberto Martinez two years ago for £500,000 with high hopes that he could prove to be a hidden gem from the same country that produced the likes of Diego Forlan, Luis Suarez and Edinson Cavani.

Despite scoring for the Under-21s early in his time with the Blues, he failed to make the grade, however, and found himself in limbo last season after Ronald Koeman came in.

Now, after loan spells with Brentford and Waasland-Beveren he has completed a free transfer back to Uruguay where he no doubt hopes to relaunch his career.

Rodriguez made just one appearance for the Everton first team as a substitute in an FA Cup tie against Dagenham & Redbridge in January 2016.